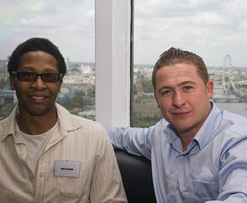 An increasing number of South African expats intend to exchange life abroad for home comforts. Research conducted by Homecoming Revolution, a non-profit organisation aimed at reversing the brain drain from the country, shows that South Africans mostly return for emotional and lifestyle reasons.

“We are seeing that people in their early 30s, who went overseas in their 20s, are coming back because they have realised that this is where they want to live,” said Martine Schaffer, managing director of Homecoming Revolution.

She said changing perceptions of South Africa are encouraging expats to return, despite negative news about the country.

“When they come back for a visit their experiences here leave them pleasantly surprised,” Schaffer said.

The in-depth online survey conducted by e-View was carried out in the UK, US, Canada, Dubai and Australia. Of the respondents, 72% said that they were likely or highly likely to return to South Africa. Those most likely to return were from the UK, US and Canada.

Significantly, negative reports about South Africa from friends and family did not match expats’ experiences, nor did they deter them in their decision to visit the country. The survey found that although 61% of the communication received about South Africa was negative, 58% of expats still visited the country in the last year. These were mainly from the UK and Dubai.

South Africans living in Australia last visited at least three to four years ago, with 78% having had a good experience. A full 100% of responses from the US were positive.

The depressed global economy is also a strong factor influencing people’s decision to return to home. Although South Africa’s economy is also taking strain, the survey found that 50% of people living abroad are likely to come back.

“This is a great opportunity, as we are gaining from international experience both in skills and entrepreneurship. For many, there is a conscious decision to be home and make a difference,” Schaffer said in a statement.

She pointed out that South Africa needs more entrepreneurs who are willing to start businesses and provide employment. “South Africa is the kind of place where one can take more risks and what is exciting is that people are coming back with out-of-the-box business ideas. We need this in South Africa.”

Stephen Hurter, a South African living in the UK, has noticed a significant decline in job opportunities. He agreed that South Africa holds much more opportunity for self-employment.

“Here it seems there is less small business opportunity,” he said. “But South Africa is definitely a place where you need to be able to make your own job. I don’t think jobs in South Africa are necessarily better, but the quality of life certainly is.”

He hopes to return home later this year and says the South African lifestyle is a big drawcard. “People try and recreate that atmosphere here but it just isn’t the same.”

A South African couple living in the UK believe they have many good reasons to return. “The greatest selling point is that South Africa will always be our home,” said Ange Hayler.

The Haylers left South Africa to travel and gain work experience, but they have every intention of coming back. “I think there are enough awesome things about the country to warrant making it our home and it has a lot of potential as a growing global economy,” she said. Crime in South Africa is still one of their greatest concerns.

The survey profiling of South Africans in the UK found that 85% are positive about South Africa. They enjoy living abroad for the new job and travel opportunities, but dislike the weather, lack of space and miss their families. They are also concerned about finding employment and no longer earning a strong currency.

South Africans living in Dubai, the US and Canada said that they struggle with cultural differences and the indoor lifestyle. Survey respondents in Australia said they don’t feel accepted in that country and are having difficulty in finding work in their chosen profession.

Schaffer said 41% are likely to return, but are still worried if this would be the right decision. Employment, a high crime rate and political uncertainty in South Africa were their main grievances.

The recession has made many international destinations less attractive. However, young people who still want to travel and take a gap year may consider destinations in developing countries.

“There will definitely be a shift in the choice of destination,” Schaffer said. South Africans may have a renewed interest in countries such as Japan and China to teach English. Foreigners looking to travel may consider coming to South Africa.

Schaffer said that this could be beneficial for South Africa as initiatives in need of volunteers to build homes, schools or teachers in rural communities could benefit from foreign skills, even if for a short period of time.