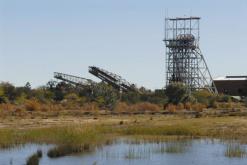 The 18th annual Investing in African Mining Indaba takes place in Cape Town from 6 to 9 February 2012.

The event attracts mining executives and analysts, government representatives and financial decision-makers from around the world.

Conference organisers say that in the years of the event’s existence, billions of dollars in foreign investment have been channelled into African mining as a direct result of partnerships and initiatives that have arisen out of the indaba.

A record attendance in 2011, comprising some 6 000 mining professionals and members of government delegations, will be surpassed in 2012.

According to the organisers, 6 500 delegates, from over 1 000 mining companies in 100 countries and four continents, and 45 government delegations from Africa and abroad, have confirmed their attendance for 2012.

This year, a new addition to the African Mining Indaba will be unveiled – this is Investing in Asian Mining Indaba, dedicated to the development of mining interests in Asia. Like its African counterpart, this event will draw movers and shakers interested in accelerating Asian mining.

According to the organisers, the programme for 2012 features corporate, government and agency presentations; discussions on regulatory issues; economic development opportunities; panel sessions on sustainable development in the mining industry; and talks on how African nations can partner with foreign governments to boost investment in their regions.

As usual, there will be presentations, panels and plenary sessions galore, as well as numerous networking opportunities.

The specially selected speakers represent the best of the world’s mining executives, analysts and economists.

During the event, Brand South Africa will take part in a Financial Times round table.