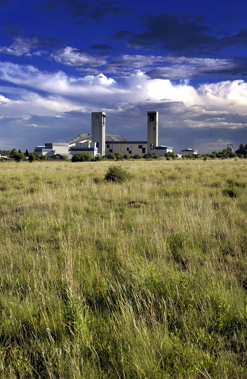 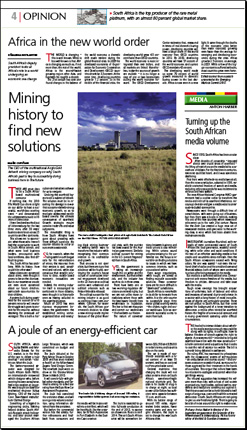 These are great days to be a South Africa-based multinational company. If nothing else, the 2010 Fifa World Cup shone a light on our ability to host a successful world-class sporting event – and demonstrated the achievements made in 16 years of democracy.

I have lived and worked out of Johannesburg for the last three years, after 30 years’ business experience across 25 countries and five continents. This allows me to appreciate what those who haven’t had the opportunity to work in South Africa cannot, and what some local business leaders also find difficult to grasp.

Yes, South Africa has problems. With its history, how could it be otherwise?

Most citizens are concerned about crime, even though it seems to be on the decrease. But in my experience people are even more concerned about our future direction, particularly opportunities for their children. A system built during apartheid for the support of a 10% minority will invariably struggle as it gears to provide for the majority, without depriving the previously advantaged. This is both a herculean and sensitive pathway for us to navigate.

Undoing the apartheid legacy is still a subject of debate. The solution must be in repairing the damage in a way that supports relatively strong economic growth, so as to eradicate widespread race-based poverty, the ultimate consequence of apartheid. Growth strategies require complex trade-offs and value judgments.

The remarkable thing is how South Africans have gone about grappling with these difficult questions. No country debates its policy issues more passionately. So, for example, when the ruling African National Congress‘s youth league calls for the nationalisation of mines, the response from their seniors is cool, considered and rational, while also conscious that sensible solutions to deep, racially-based economic inequalities are needed.

Indeed, the mining industry itself is encouraged to participate in these debates, even though it is seen as having colluded in the apartheid system.

Much of 2010 has seen rigorous engagement between the government, the established mining sector, organised labour and emerging black mining businesses seeking better paths to transformation while recognising their common interest in the sector’s profitability and growth.

That process is not complete, but there are signs that a balance will be found, continuing the country’s happy culture of constructive internal engagement developed in the 20 years since political parties were unbanned and political prisoners such as Nelson Mandela released.

The political support for the mining industry is as good as anything I have seen anywhere. Contrast, for example, the South African government’s decision to delay a new mining royalty regime because of the global financial crisis, with the punitive tax laws passed by the Australian government. Similarly, political support for mining in the US is somewhat more fragmented than in South Africa.

Yes, the government is taking an increasingly tough line on safety and the environment. But that is their job, and these are areas where the industry has work to do. There have been one or two worrying regulatory decisions on mineral rights, but we are not unlike many jurisdictions where those with the best lawyer benefit from weaknesses in legislation. The key is that we recognise and correct our weaknesses – this has been our history.

The nature of conversations between business and trade unions is also refreshing. While unions sound uncompromising to the unfamiliar ear, the focus is invariably on finding solutions to issues in which we have common interests, such as occupational safety. Even wage negotiations, while tough, are aimed at finding mutually acceptable solutions. These conversations are far more difficult in “developed” jurisdictions.

South Africa is remarkable in its ability to innovate from within. It is the only country to successfully stage three major global sporting events – the cricket, rugby and soccer world cups. To be so consistently successful points to more than luck.