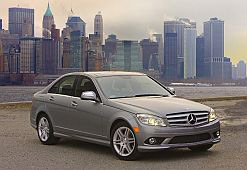 The South African division of global vehicle manufacturer Mercedes-Benz has won a platinum award for producing vehicles with the fewest defects and malfunctions of any plant in the world supplying the US market.

This is the second consecutive year in which Mercedes-Benz South Africa‘s (MBSA) plant in the Eastern Cape, which produces the C-Class Mercedes model for the local and US market, has been given a quality award by the JD Power and Associates US Initial Quality Study (IQS).

In 2009, the plant was awarded the IQS gold quality award for manufacturing vehicles which had the fewest defects and malfunctions of any plant in Europe and Africa that serves the US market.

“To receive such an award despite the relentless pressure and stresses of the global recession over the past two years, points to the brilliant quality of our people and processes,” said Hansgeorg Niefer, president and chief executive officer of MBSA.

The study was conducted between February and May 2010. Based on responses from 82 000 US users of the 2010 model-year vehicles surveyed after 90 days of use, MBSA’s East London plant had only 28 defects per 100 vehicles, putting it at the top of all global plants serving the US market.

“Daimler’s East London plant has been a top performing plant and its achievement in 2010 is particularly impressive,” said Brian Walters, vice president of Europe, Middle East and Africa operations at JD Power and Associates. MBSA is a wholly owned subsidiary of Daimler AG.

“Daimler’s rigorous quality management processes are a key reason for why the brand has been able to assemble consistently high-quality vehicles in different regions of the world.”

The East London plant has also come out tops in the JD Power and Associates South Africa IQS, based on responses from South African users.

The plant was ranked highest among South African automotive plants in initial quality in the 2007 and 2008 South Africa IQS studies.

The C-Class was also rated highest in the Entry Premium Car segment, with the A-Class also managing a repeat award ranking top of the upper small car segment in quality.

Four other Mercedes models have won second place in the JD Power and Associates 2010 US IQS study. They are: