As the first committee chair from sub-Saharan Africa, Kganyago is expected to push for a more equitable share of international trade for developing economies. Congratulating him on his appointment, Yunus Carrim, chairperson of Parliament’s Standing Committee on Finance, said: “We do not doubt that he will focus on the challenges of the developing countries.”

With Kganyago as chair of the IMFC there is an expectation that IMF policies will benefit developing economies. At a June 2017 dinner to honour diplomats posted to South Africa, Kganyago pointed out that a change in thinking had begun at the IMF already. “There is little doubt that progress is being nade in building a more resilient global financial architecture.

“The IMF is currently reviewing its lending toolkit to make it more relevant and more balanced, and to also work towards closing the existing gaps within the global financial safety net. Numerous discussions are also continuing on developing macroprudential policies and devising ways of improving the availability and quality of relevant data to enhance economic policy formulation and implementation.”

In April 2017, Finance Minister Malusi Gigaba called for more sub-Saharan representation on IMF decision-making bodies. His call stemmed from the concerns of 23 sub-Saharan countries over the protectionists trade policies being introduced globally that impacted negatively on emerging and developing African economies.

The minister acknowledged that IMF policies had benefitted women and people most likely to bear the brunt of climate change. To build on those gains, the IMF needed more diversity among the people who drove policy decisions. “Diversifying the staff will enhance the Fund’s effectiveness. The Fund needs to increase focus on both recruitment and retention of nationals from underrepresented regions to ensure the benchmarks are attained. We call on the IMF to expand the pool of institutions to include universities in Africa and [urge] that this translates into actual hiring of African nationals.”

At the diplomatic dinner in June last year Kganyago underlined the importance of the IMF to ongoing growth across the globe after the 2008 financial crisis. Along with other international funders, the IMF had a hand in the gains made in developed and emerging economies.

Kganyago explained that the revolving G20 presidency and the makeup of the BRICS bloc gave them a more diverse understanding of challenges faced by multiple populations. These groups were able to formulate policies that poitively affected both developed and emerging economies.

In the announcement of his appointment, the IMF highlighted his work at SARB and SARS which included research and implementation of public finance and financial market programmes in developing economies. The IMFC is the most important advisory committee of the International Monetary Fund (IMF), it is in this committee that issues are deliberated before they become policy of the global development funder, his experience made him a well-informed and valuable addition to the IMFC. 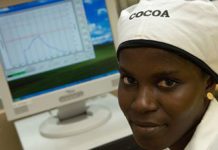 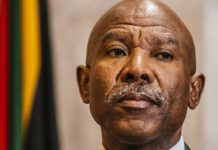 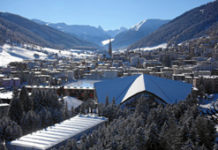 WEF Davos 2014: Keeping up with a fast-changing world

On the road to WEF 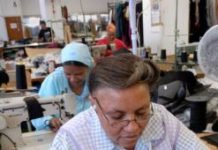