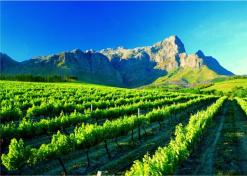 South African wine exports to China are set to increase by at least 71% this year through the dynamism of a winery in what is undoubtedly one of the country’s most famous wining towns – Franschhoek in the Western Cape.

Leopard’s Leap Wines has partnered with Yangzhou Perfect – a subsidiary of organic products company Perfect China – to produce and distribute L’Huguenot, a new brand that was specifically created for the Chinese market.

According to Leopard’s Leap CEO Hein Koegelenberg, the son-in-law of the late billionaire and conservationist Anton Rupert, 2.8-million bottles are destined for the Far East nation. This is more than half the number of units the entire South African wine industry ships there annually – currently, the industry exports 3.9-million bottles in total.

With more than 5 000 outlets around the country, Perfect China’s turnover is in the region of US$1.9-billion.

The first shipment in October 2011 consisted of 1.3-million bottles, packed into 106 containers. It was the largest consignment of wine ever from South Africa and the biggest China had ever received.

According to Koegelenberg, the product was very well received, with approximately 400 000 bottles sold in the first ten days.

Perfect China’s president, Woo Swee Lian, was satisfied with the market response, saying that more top quality wine from South Africa will soon be on offer in China.

Woo announced at a year-end function of his company that he expects 15% of company turnover to come from wine sales.

Koegelenberg added that another shipment of 1.5-million bottles is set to leave for China later in 2011, bringing the total so far to a whopping 2.8-million.

Named after 17th century French Protestants who sought refuge from persecution in Franschhoek, L’Huguenot will be available in varietals that include Chenin Blanc, Shiraz and a red blend of Pinotage and Shiraz.

Koegelenberg said the reason these varietals were chosen was because it complements Chinese cuisine.

“If you want Chinese people to drink your wine, it must go with their food. The Chenin Blanc and the Shiraz, the latter being spicy in itself, goes well with their spicy food,” he noted.

Partnership based on trust and respect

Koegelenberg’s friendship with Woo began when they met five years ago. However, the idea to start a wine venture was spawned only at the beginning of 2011.

“His family came to visit us in South Africa. One evening he said he liked our philosophy and suggested we start a wine business,” said Koegelenberg.

Woo believes that since the joint venture is based on the respect and trust between two families, it will be a strong partnership.

“When I saw the commitment of La Motte and Leopard’s Leap with their social responsibility, I knew that we have a lot in common as it is also the philosophy of Perfect China,” he said.

The two subsequently formed Perfect Wines of South Africa and came up with the L’Huguenot concept.

Selling Leopard’s Leap to the world

In just 12 years since the establishment of Leopard’s Leap, Koegelenberg has entered into eight wine markets worldwide including parts of Europe, the US, the UK, Malaysia, Singapore, Indonesia and Vietnam.

“When I started Leopard’s Leap I focused on world distribution,” said Koegelenberg.

In February this year, Koegelenberg signed a memorandum of understanding with Tsinghua University’s CEO Wine Club in China, ensuring La Motte and Leopard’s Leap will be the South African base for the club, which will import the wines.

The company will re-establish itself in the US after its first venture five years ago ended when the global financial crisis began.