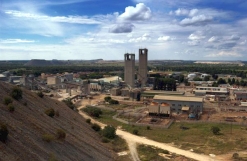 South Africa’s junior mining sector has proved its viability by surviving the market collapse and flight from high risk and illiquid investments of 2008.

The continued vibrancy of the sector is evident in the fact that the Nedbank South African Junior Mining and Exploration Index, an instrument tracking the performance of junior miners operating in South Africa, has shown a slow but steady recovery since it dropped to an all-time low towards the end of 2008.

Nerina Visser, quantative analyst of Nedbank Capital, says the incidents of junior mining companies going out of business when the global economic crisis hit the resources sector in 2008 can be likened to the shaking of bad apples from a tree.

Although the crisis caused the junior mining sector to drop by nearly half, from 8% of listed mining companies on the JSE to 5%, this is not an indication of the viability of the sector.

“A good number of companies are still around, there are many junior mining operations and corporate action taking place in the sector,” says Visser.

The junior mining sector in South Africa was born of new legislation in the form of the Mining and Petroleum Resources Development Act of 2006. The Act enforced a “use it or lose it” principle, stipulating that mining rights not used by mining companies to exploit minerals in the ground would revert back to the state.

The legislation gave rise to the development of the junior mining sector in South Africa. Unused mining rights held by mining groups, but not used for years, were awarded to newly established junior companies that often showed themselves to be true mining entrepreneurs.

The advent of the legislation saw the launch of the Nedbank South Africa Junior Mining and Exploration Index in the same year, with the aim of raising the profile of the sector which had been dominated by certain major mining houses for more than a century.

The dominance of the majors, including BHP Billiton, Anglo American, Impala Platinum, Anglogold Ashanti, Anglo Platinum, Goldfields, Sasol, Harmony and Kumba, is still reflected in the resources sector of the JSE. The top 13 companies by size constitute over 95% of the total market capitalisation of all listed mining companies.

Visser adds that the high of R130-million reached in March 2008 could be construed as a “bubble” or overvaluation of the sector during that phase, as the rapid growth that took place from 2005 to early 2008 was spurred by an excessive risk appetite in the market and was essentially unsustainable.

Visser says the viability of the junior mining sector is further underlined by interest from foreign investors who are showing increasing interest in all mining investments. The global financial crisis has also caused a sifting, leaving behind the more serious investor who is prepared for the long haul.

“Many investors are looking at the Chinese and interpreting the fact that they are coming into Africa to exploit resources as a long-term uptrend for mining on the continent,” says Visser.

The Nedbank Junior Mining and Exploration Index shows that the junior sector has delivered average annual returns of 4.2447% to investors since 2006. The returns exclude the performance of dual-listed companies, as South Africa’s exchange control regulations prohibit trade of derivative instruments over inward dual listed shares.

The largest constituents of the Index by market capital include Aquarius Platinum, Uranium One , Assore, Northam Platinum, Great Basin Gold and Eastern Platinum. As the individual stories of the junior miners show, some of these companies have built value for shareholders by growing into successful producers of metals and minerals, while others became great takeover targets.

Junior mining is also a feature of the strong, continued move of the global mining sector into the African continent. Mining companies are moving into Africa through both organic and acquisitional growth, as the continent shows the best growth potential, says Visser.

This investment trend has given rise to the Nedbank African Mining Indices, a series of ratings which measures the performance of energy, metals and mining producers who operate primarily in Africa. The series includes an index for junior producers in Africa.

Visser says it was necessary to establish the African Mining Indices to tell the African mining story, as so many mining companies working on the continent are listed in Australia, London and Canada, because they need access to huge amounts of capital needed for their African operations.

In terms of commodity exposure, gold leads at 27%, diversified mining follows at 23%, base metals at 19%, energy at 18%, platinum group metals at 6%, while other commodities make up 7% of the index.

The returns of the index covering junior producers in Africa for the year to date stood at 5.2% in August.