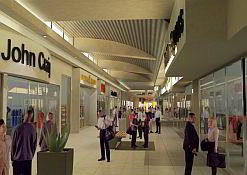 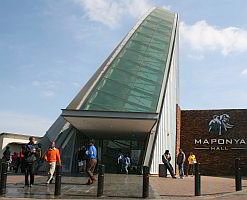 It’s all systems go for the opening of the first major shopping centre in Temba, a township located outside Pretoria.

Jubilee Mall is scheduled to open to the public on 27 April 2011. Construction of the R400-million (US$56.4-million) facility is 99% complete and should be fully completed before the opening.

Spokesperson Linette Imrie said contractors are focusing on the final touches ahead of the opening and the tenants will move into their new retail spaces in anticipation of the launch. “Tenants need to occupy their space before 27 April,” Imrie said.

Corné Claasens, who manages leasing, said: “We’re almost finished with construction. Everything will be in place.”

The mall, developed and owned by private company New Africa Developments, is 38 000m² and built on 18ha land. Construction began in the third quarter of 2010.

Besides retail stores, some as big as 4 000m2 , it also boasts 1 600 parking bays and other facilities for public transport.

Some high-class retailers and major banks have already been confirmed as tenants, including Pick n Pay, Game, Ellerines, Sterns, Edgars and Super Spar.

Banks Capitec, Standard Bank, FNB, Nedbank and African Bank will soon occupy their facilities. About 90 shops are confirmed to have tenants.

The high-security mall creates an opportunity for these businesses to grow their market base from a perspective that consumers previously had to travel to neighbouring towns to access them. Temba and the neighbouring Hammanskraal boast a combined population of about 400 000.

New Africa Developments, a company formed in 1991, has made significant inroads in constructing mega shopping centres in previously disadvantaged areas. Its range of retail property includes scores of centres in Mpumalanga, Gauteng and KwaZulu-Natal.

No less than 15 well-established businesses have opened up for franchising in Jubilee Mall – these include Nando’s, Spur, King Pie, Maxis, Scooters Pizza and Steers.

Neels Meiring from King Pie confirmed that their franchise has already been snatched up by a businessman from Centurion.

Meiring believes the franchisee will make high returns from the investment. “We received a lot of applications for it, an indication that it will be a very good mall.”

He said the mall’s location puts it in a good place to make King Pie and other retails lucrative businesses. “The mall captures a niche market. Currently people have to travel far for a mall.”

Jubilee Mall is one of the projects meant to improve Temba’s public infrastructure. Its other direct impact will be the creation of jobs.

Youngsters from Temba and Hammanskraal are guaranteed to find formal employment in the mall. Developers estimate that about 2 500 jobs will open up when trade is in full swing.

About 400 jobs are confirmed to have been created during the construction period.

Upmarket shopping centres or malls, as they are more commonly known, are thriving in South African townships – areas which were underdeveloped by the former apartheid government.

Cape Town’s Gugulethu township got its first mall in 2009. The Gugulethu Square was completed at an investment of R350-million ($49.4-million) by local businessman Mzoli Ngcawuzele.

Consumers from townships have gained massive buying power over the last few years, with the number of shoppers who turn out at Maponya Mall at any given weekend bearing testimony to this.