Global cities are the new centres of innovation and prosperity. Magnets for talent and drivers of growth. New research by the Brookings Institution rates Johannesburg and Cape Town as Emerging Gateway cities.

The world is becoming more urbanised. Cities are becoming more important than nations in the global economy. They are hubs of economic growth, innovation and a magnet for talent. The world’s largest 123 metros generate 80% of global gross domestic product and are home to more than half of the world’s population.

Today there are 123 metro economies that are considered global cities. In Africa, according to research conducted by American research group Brookings Institution, Johannesburg and Cape Town are Emerging Gateway global cities.

The challenge for cities hoping to break into the top 20 (the Brookings research defines seven types of global cities: Global Giants, Asian Anchors, Emerging Gateways, Factory China, Knowledge Capitals, American Middleweights and International Middleweights) is whether they can develop, and how quickly, adequate infrastructure. While this new research confirms the importance of cities such as New York, London and Hong Kong, it gives smaller cities a view of solutions to speed up their growth.

When the institute talks about infrastructure it refers to everything from roads and bridges to employment opportunities, from the quality of its academic institutions to a relatively non-corrupt judicial system. For now, the global economy is controlled by the historically strong but the future belongs to the most savvy and efficient.

While South Africa as a whole flirts with a ratings downgrade, the City of Johannesburg has a Baa2 rating from Moody’s – equivalent to a sovereign rating, the highest rating that can be achieved by institutions in South Africa.

Johannesburg is the continent’s economic hub, and is vitally important to the economies of South Africa and the continent. And, while the South African cities score low in economic measures against the 28 other Emerging Gateway cities, they are rated first (Cape Town) and second in the quality of tertiary research. 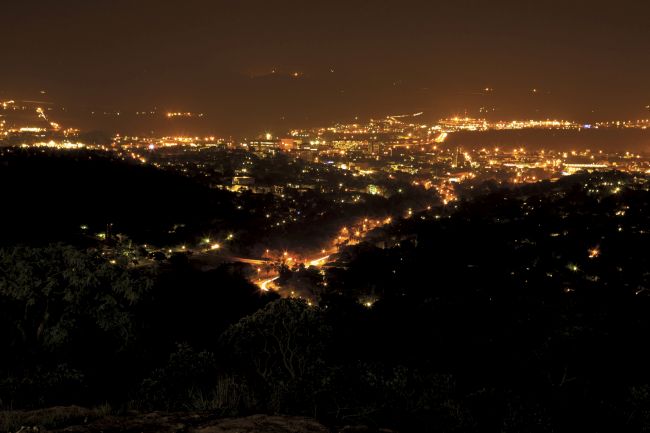 Despite the challenge of a fast urbanizing population, Johannesburg remains the economic capital of Africa. (Image: Brand South Africa)

This weighting is important. Traditionally, global cities were defined by their location and how this affected the growth of manufacturing, trade and government administration. The growth of digital technology and how it has changed the face of business, especially the financial and tech industries, was meant to change the rankings.

Instead, what has happened is that traditionally important cities have evolved to embrace technology, which has changed the face of these cities. Global cities and the cities that want to join the top ranked are attractive to talented, highly skilled workforce enticed by social, physical and digital infrastructure.

We are in a time of “too slow growth for too long” – a phrase coined by the International Monetary Fund – so it matters that economists, governments, and investors have a better understanding of how cities feed the global economy.

Urbanisation has changed the economics of cities. There are no longer just a few traditional financial powerhouses. Today this web of cities is responsible for the flow of goods, services, people, capital and ideas. This complex global network creates local and international growth and opportunity.

A study by global professional services firm Deloitte this year explained that successful global cities were defined by the diversity of their population, had a highly skilled workforce and used “small world” networks to mentor leaders of tomorrow.

Quoted in the Deloitte report, former New York mayor Michael Bloomberg warned of the hazard of trying to grow too fast without a vision for the future. Newly “global cities” needed to steer clear of the temptation of building growth simply by attracting business through tax breaks and subsidies. “For cities to have sustained success they must compete for the grand prize: intellectual capital and talent.”

Brookings researchers were compelled to find a new way to define global cities. Some cities of importance are more equal than others. In response to their findings they grouped the world’s largest metropolises into seven clusters.

By measuring economic characteristics, industrial structure and competitiveness factors, they provide lower ranked cities with a roadmap for future development. Researchers looked at:

Emerging Gateway cities are business and transportation entry points for national and regional markets. Cape Town and Johannesburg are defined as cities that have grown to reach middle income status, but lag in key competitive elements.

For investment banks such as JP Morgan, part funder of the study, this information provides them with the microscope to better understand the way global cities and their economies evolve. Economists are beginning to consider global cities as new countries. The Organisation for Economic Co-Operation and Development holds the view that they are “the most relevant level of governance, small enough to react swiftly and responsively to issues and large enough to hold economic and political power”.