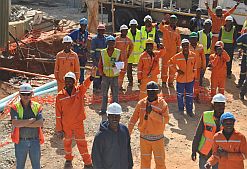 The infrastructure development boom is set
to continue creating thousands of jobs. 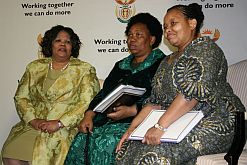 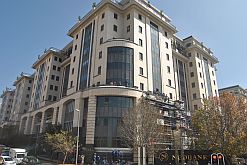 The private sector is expected to create
most of the required jobs.
(Images: Bongani Nkosi)

The South African government has unveiled its plan to create 5-million jobs over the next decade and reduce unemployment by 10%.

Cabinet ministers have endorsed the government’s new growth path programme, which details its employment plans. The path will prioritise job creation in the government’s economic policy, Minister in the Presidency Colins Chabane said in a statement on 26 October 2010. Chabane is responsible for monitoring and evaluation.

“The new growth path is a broad framework that sets out a vision and identifies key areas where jobs can be created,” he said.

The government’s target is to reduce unemployment from 25% to 15% within 10 years. Jobs are planned to be created in both the public and private sectors, but with greater focus on the latter.

Statistics South Africa confirmed on 26 October that the current unemployment rate in the country is as high as 25.3%, with young people being the most affected.

“The new growth path is intended to address unemployment, inequality and poverty in a strategy that is principally reliant on creating a significant increase in the number of new jobs in the economy, mainly in the private sector,” added Chabane.

All departments have to draw up detailed implementation plans and submit them to the Cabinet over the next six months.

The government has identified six sectors that could provide thousands of new jobs each year. They are infrastructure, agriculture, mining, tourism, green energy and manufacturing.

Interest in the infrastructure sector is driven by the “massive expansion” of transport, energy, water, communications capacity and housing projects.

“In each of these areas clear targets of the jobs potential have been developed and state agencies have now been directed to work on implementation plans,” Chabane said.

It’s predicted that about 400 000 jobs will be created in the green energy sector by 2030 through the manufacturing, construction, operation and maintenance of new, environment-friendly infrastructure.

“Additional jobs will be created by expanding existing public employment schemes to protect the environment, as well as in production of biofuels,” he said.

The Industrial Development Corporation has been allocated R12-billion (US$1.7-billion) to stimulate growth of the green industrial economy.

Chabane said the government will need to be more decisive in order for its new plan to bear fruit. “It will require the state to be more effective in implementation.”

The not-for-profit sector will also be targeted to increase employment in mass empowerment schemes like cooperatives.

“Critically, this employment target can only be achieved if the social partners and government work together to address key structural challenges in the economy,” he added.

Metros have a role

It’s not only the national government that’s tasked with job creation; municipalities and provincial government also have a role to play. Mayors of metropolitan districts, which employ millions of people, have approved the job creation resolution and “committed to revising their strategies to reflect the new, unifying vision”, said Chabane.

“The new growth path will … provide the basis for coordinated policies and programmes across the state.”

Leaders of private businesses and labour organisations, as well as community leaders, are to be formally introduced to the plan.

South Africa’s economy shed more than 1-million jobs as a result of the recent global recession.