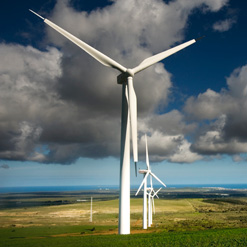 The global financial crisis revealed developing-country economies’ vulnerability to the vicissitudes of the world economy. To reduce this fragility and make growth more robust, it is essential that South Africa build economically enabling infrastructure at home and northwards into the rest of Africa, it was concluded at the infrastructure breakaway session at Brand South Africa’s Competitiveness Forum last week.

The session’s panel was made up of Edison Corp’s Vivian Reddy, Stanley Subramoney of the PWC/Nepad Foundation, Tabo Foulo from the Development Bank of South Africa and Sylvester Taku from E&Y. The panel was chaired by Dr Martyn Davies, CEO of Frontiers Advisory. The South Africa Competitiveness Forum, the first hosted by Brand South Africa, was held at Gallagher Estate in Midrand on 5 November 2013.

The panel noted that the global crisis had led to a fall in South Africa’s GDP growth, from 5% in 2007, before the crisis hit, to a mere 3% in the second quarter of 2013. The question was asked: Is 3% South Africa’s growth speed limit? The key to breaking that limit, it was agreed, was a strong infrastructure that would encourage competitive economic activity.

The problem, it seems, is the gap between plans and the money spent. “There is a failure in getting projects from feasibility to bankability to final delivery,” Davies said.

So how does South Africa ensure sufficient funds are being spent on infrastructure development?

One suggestion was to ring-fence infrastructure spending; to have sovereign funds for specific projects. It was suggested that a dedicated fund be set up specifically for infrastructure projects.

Such a fund fund would have to be large, because not all projects embarked on end up being feasible. And who would take the loss from infeasible projects? The return on infrastructure is broad and long-term, so a tax-based fund would be best – having the state take the risk.

It’s also essential to make use of existing infrastructure and, more importantly, maintain it, the session heard. Are we getting sufficient returns on our infrastructure? Are houses, for example, going to those who need them? Is water infrastructure being properly used and maintained?

Another funding model would be to use private investment in infrastructure. Independent power producers (IPPs) are an excellent example of this. The question is, can the private sector deliver infrastructure better?

IPPs diversify power generation capacity, lessening our dependence on coal. While Eskom would be responsible for the massive, coal-based projects, IPPs would produce power on a smaller scale, using alternative, sustainable technologies. The incentive for the private sector to involve itself in power generation would be provided by the government, by means of a premium price for the electricity they feed into the grid.

Independent power producers also have the advantage of bringing in international skills and technology from, for example, India and China. More than this, they attract foreign investment, and create jobs.

The IPP model of using private sector money to build infrastructure could also apply to other infrastructure priorities, such as transport. Reforming policy to break Transnet’s monopoly on rail freight would boost South Africa’s logistics competitiveness.

“There is a creeping privatisation in state management of assets,” Davies said. “To increase competitiveness, we must erode the monopoly of state-owned entities.”

The panel then turned to the country’s massive industrial infrastructure projects, the industrial development zones (IDZs) such as Port Elizabeth’s Coega at the deep-water port of Ngqura.

The first question was, is the infrastructure at IDZs sufficient to attract investors, particularly foreign investors? The example of South Korea was given, a country that has built up its industrial infrastructure to the extent that Boeing has seen the business sense of moving its aircraft parts factory from Canada to there, servicing the entire Southeast Asia region.

IDZs, therefore, need a compelling environment to attract companies – to make it in their interest to relocate.

IDZs also need policy incentives to ensure their infrastructure is used. The policies guiding their development appear to be inconsistent. At the moment, there are different policies in the different provinces and municipalities where IDZs are being developed. This means the zones are, in effect, in competition with each other. What competitive industrial development needs, therefore, is a coherent national – not local – IDZ strategy.

The question was asked if, perhaps, IDZ policy would be more effective if it were simplified. This was countered b the example of the Motor Industry Development Plan, which was both very complex and very successful.

Infrastructure development is into the region is also essential, the panel agreed, to take advantage of the African market of 1-billion people. The example of Asia has taught us that the key to competitiveness is scale. Infrastructural integration with the rest of the region may therefore be the answer to South Africa’s competitiveness problem.

“There is a forward movement into Africa,” Reddy said, giving the example of cellphone provider MTN and retailer Shoprite, who have both established a firm presence elsewhere on the continent. South Africa, it was suggested, should take advantage of its position as continental “gateway”, and Johannesburg as the investment launchpad into the rest of Africa.