The 8th Annual BRICS Leaders Summit in India will look at how its New Development Bank is strengthening ties among its member states. The bank has already taken the first step towards bolstering relations by investing R13-billion into renewable energies for its members. 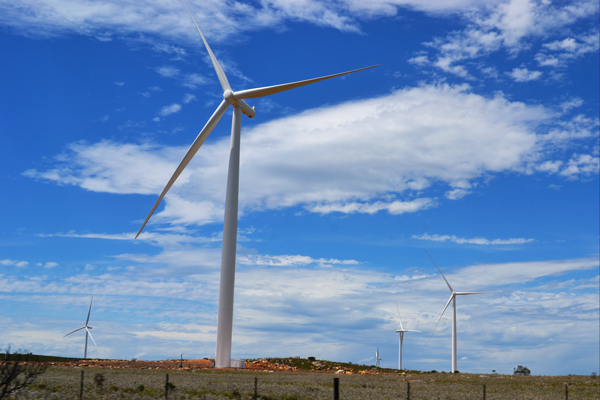 Deepening the partnership among BRICS member nations (Brazil, Russia, India, China, South Africa) will be high on the agenda at the 8th Annual BRICS Summit is taking place in Goa, India, between 15 and 16 October.

Strengthening the BRICS’ New Development Bank is also a priority at the summit. Established in July 2014, the multilateral bank provides support for infrastructure and sustainable development projects in member states.

In July this year, the bank approved funding of $911-million (R13-billion) for its first set of projects, all of which were renewable energy ventures in its five member states. The bank’s vice president in South Africa, Leslie Maasdorp, said it wants to cooperate with other institutions to expand green financing and promote environment protection.

Below, we look at the renewable energy projects the New Development Bank is supporting. 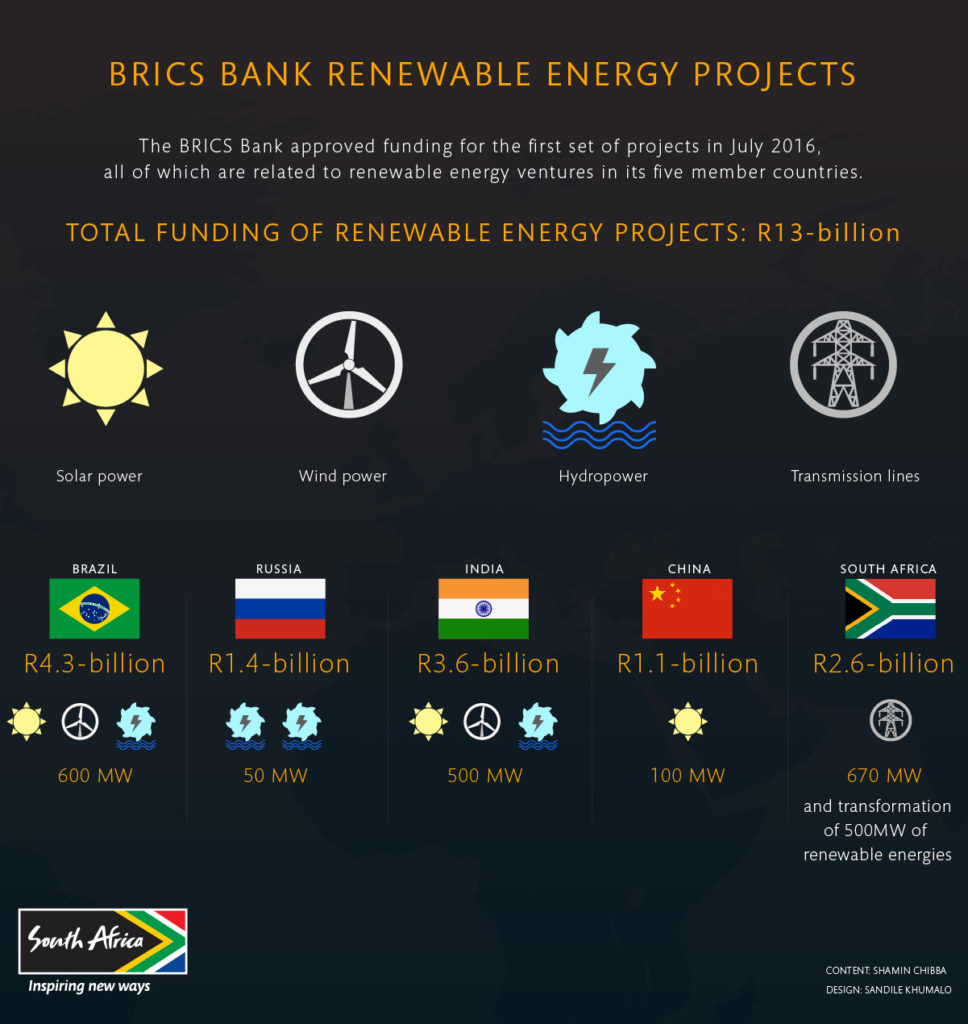 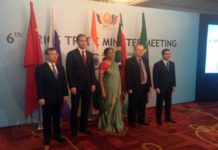