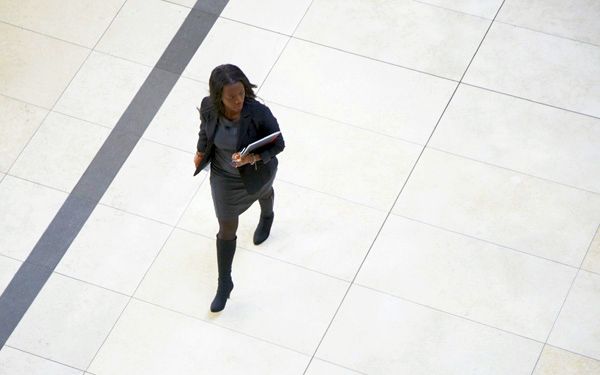 The Women’s Empowerment index promises to advance women’s rights in Africa and change the conservative attitudes that so often impede them. (Image: Brand South Africa)

Women’s rights in South Africa have taken a massive leap forward with the launch of the Women’s Empowerment Index by the International Women’s Forum South Africa (IWFSA). The index will evaluate the progress women are making from now until 2020, which marks the end of what the United Nations has named the African Women’s Decade.

Speaking at the Africa Rising Conference in Johannesburg on Thursday, 19 June, IWFSA president Vuyo Mahlati said the index was all about ensuring that women could participate equally with men in the continent’s economy. “When we talking about inclusive development and growth, we’re talking about growth beyond numbers. We’re talking about growth that deals with issues of poverty and inequality. It is about women being part of the mainstream of the economy and allowing women to contribute in the development of society.”

The index, she said, would redefine empowerment by looking at how women managed all aspects of life. It would also assess personal development, access to education, information and financial support, having the right skills for a specific task or job, and what sort of environment was appropriate for a woman to perform her best at work. “The indices are basically underlining the key elements that are critical for a person to be empowered.”

Each year, the IWFSA will set targets for what women should achieve, which will be reflected in the index. Mahlati said this approach would make empowerment a long-term and sustainable goal. “By 2020 we must be able to say, ‘We were here and now we are here.'”

She said that the work environment prioritised men, which the index would look to change. “We are addressing a legacy which says, ‘Women stay at home and look after the children, the men go to work and provide for the family.’ So with the index we are raising consciousness.”

It was a reaction to the lack of progress women were experiencing in Africa. She said activists previously thought it was the law that suppressed women, yet after numerous amendments over the last 20 years, not much had changed. “Now we need new instruments that are going to push enforcement.”

The IWFSA aims to publish the index annually.

Empowerment means supporting one another

Juliana Oyegun, the former chief diversity officer of the World Bank, said that when women supported and believed in one another, it led to empowerment for all. Women could feel empowered when they were organised and could integrate their work and home life. “One thing we don’t do enough is take care of ourselves. We must plan ahead. The more preparation we do the more empowered we feel.”

Precious Moloi-Motsepe, the executive chairperson of African Fashion International and a member of IWFSA, insisted that giving should become a part of empowerment. “When you give to others you receive handsomely.” Networking was empowering as it allowed women to share knowledge, she said, adding that while making connections one should not be concerned with what others could do for you but instead ask what you could do for them.

For Wendy Appelbaum, a director of companies and of her own foundation that sees to the health and education concerns of South African women, as well as a member of IWFSA, empowerment meant women taking their knowledge and connections and putting them together for a greater cause. She acknowledged that women had not worked together in the past but said the time had come when they needed to be more courageous and passionate about helping each other. “Women need to act like coalitions and look out for one another. Fifty percent [of the population] is women so we can expand our powerbase and work together.”

Special gender envoy at African Development Bank, Geraldine Fraser-Moleketi, said people had become increasingly dedicated to gender equality because it made economic sense. However, she said that women should not abandon their roles as mothers, wives, sisters and daughters. “Disengaging [from these roles] would deprive the continent of half of its human capital.”

The African Development Bank, she said, was playing a role in getting women into the mainstream economy by ensuring that female-owned businesses were able to access credit and direct loans.

Agostinho Zacharias, the United Nations Development Programme resident representative, said women had always been a force for good in South Africa. “The fact that they started the liberation struggle meant they have always been there. They’ve fought every battle.”

However, he said women throughout Africa were still fighting, this time against poverty and the traditional notion that a woman’s place was in the household and not in the workplace. “It’s a struggle. And we have to continue fighting without relenting.” Several factors impeded women’s growth. These included: