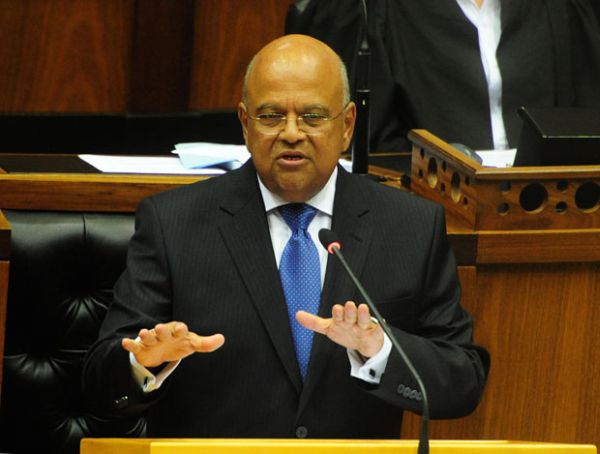 • South Africa Budget 2014 – all you need to know
• National Development Plan to grow jobs
• South Africa is ‘Country of the Future’
• South Africa: Sound investment destination, emerging market that matters
• Gordhan: we can do better

It’s the first declaration of the Freedom Charter and Finance Minister Pravin Gordhan used it in his 2014 Budget speech to remind us that we are all in this together – “South Africa belongs to all who live in it, black and white”. That was before he went on to remind those with vices – smokers and drinkers – that they would be asked to pay more for the benefit of citizenship.

That toot of tobacco and that snort of liquor will now cost more: a pack of cigarettes rises by 68c and a bottle of whiskey by R4.80 a bottle. Along with the 9c increase on a 340ml can of beer, these increases take effect immediately.

Not that it matters though. From 2 April, it will cost you more to drive to your favourite bar or liquor outlet. The fuel levy increases by 12c a litre and the road accident levy goes up by a further 8c. Combined with a weaker rand – and the rand fell again the morning after Gordhan presented his Budget – this means that South Africans can expect at least another petrol price increase in the near future. Minister Gordhan followed tradition with the annual increases in sin taxes but he tried, in a difficult economy, to ease the pain of a global economy slowly emerging from meltdown. The best news was the R9.25-billion worth of tax relief going to ordinary taxpayers. 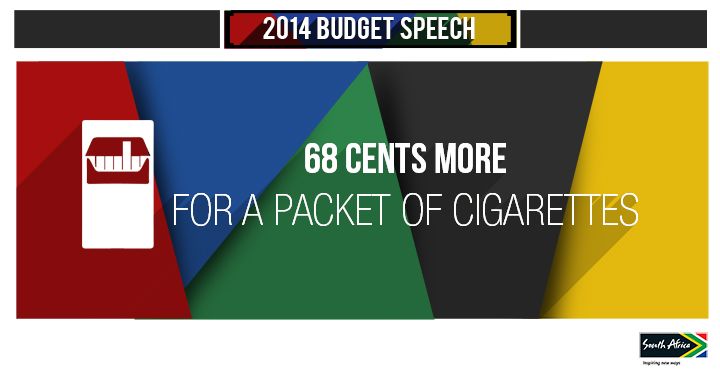 The direct tax burden in the form of tax bracketing and rebates will be adjusted to balance the effect of inflation. About 40% of the relief will go to taxpayers who earn below R250 000 per year. This measure is aimed at the 69% of taxpayers who earn R250 000 or less and pay 17% of the money collected by the fiscus. This will provide limited real relief but the government hopes it will encourage more saving by the population. “We recognise that households must be encouraged to invest in their futures,” Gordhan said.

The other big personal tax respite was also aimed at low income earners – the tax-free lump sum pay-out from retirement funds will be increased from R315 000 to R500 000.

Small business owners were probably the biggest winners in this year’s budget. But it’s all relative. The minister announced a reform of the tax regime to ease the compliance burden for entrepreneurs, and he allocated R10.3-billion for manufacturing development incentives over the next three years – the new administration is bound by this budget for that period.

The special economic zones spread across the most disadvantaged parts of the country have been given a further R3.6-billion to promote exports and generate jobs. Accepting that these areas were also heavily dependent on agriculture, Gordhan announced training and financial support for 500 000 subsistence and small hold farmers.

This is a Budget with few surprises, and little to be enthused about. Not that Gordhan had much wiggle room, given the state of the economy and with an election looming. He used this budget, the last of this administration, to lay the groundwork to move forward with adopting the National Development Plan (NDP).

The South African economy, while performing better than some, is treading water. Gordhan took note of this and tightened the reins on public spending but laid the foundation for real adoption of the NDP. Schools and hospitals will receive almost R400-billion over the next three years, and other public investment on infrastructure will amount to R847-billion over that period. The real challenge with large scale spending is execution, to ensure that expenditure supports efficient and productive outcomes.

In real terms, government expenditure is limited to 1.9% over the next three years – lower than any year since 1994 – in an attempt to reduce the budget deficit.Taken at face value the 2014 budget is a brave combination of populist tax breaks, monetary rectitude, more money for schools and hospitals, and a dollop for infrastructure.

Gordhan explained: “Mister President, the next administration will inherit sound public finances, a platform for implementation of the NDP and a framework for collaboration with all stakeholders in driving social and economic transformation going forward.” 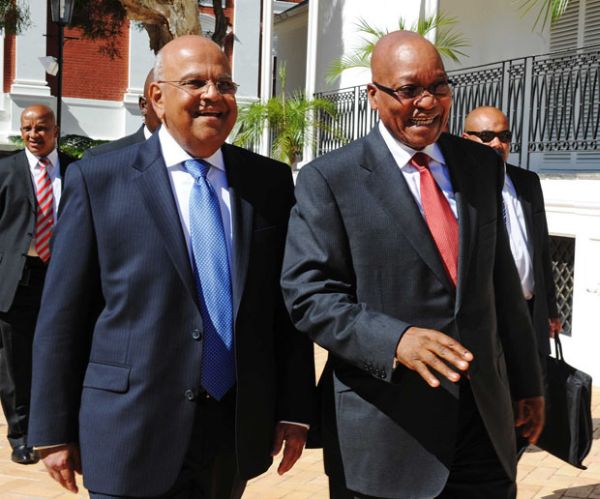