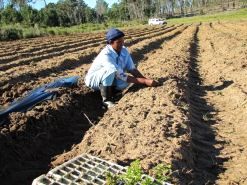 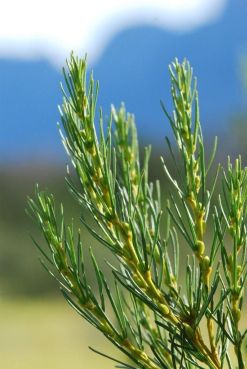 South Africa’s honeybush tea industry has been identified as an important growth sector in the country’s economy, according to a recent study.

According to Stephen Hobson, an agricultural economist from Stellenbosch University who led the study, the industry has the potential to grow from an annual average of 150 tons of tea processed to 1 500 tons, thereby increasing its annual turnover from R10-million (US$$124 000) to R100-million ($12.4 million).

The study was commissioned by the Coega Development Corporation, on behalf of the Eastern Cape Department of Economic Development and Environmental Affairs and the South African Honeybush Tea Association.

“At present, the local and international demand for honeybush far outstrips the supply, so there is significant room for growth,” Hobson said in a statement.

The honeybush industry, which is only 12 years old, is still in its infancy. In 2010 a total of 139 tons of honeybush tea was exported. The main buyers of honeybush are the Netherlands, Germany, the UK and US.

However, this is only the beginning of what the industry can achieve. Honeybush has a unique selling point as it is indigenous to South Africa and grows only within the fynbos region.

“We believe that honeybush should be marketed and positioned as a unique, niche product,” says Marlise Joubert, a researcher at the Agricultural Research Council (ARC) Infruitec Nietvoorbij Research Institute in Stellenbosch.

According to Tea & Coffee Asia, the Asia region’s quarterly journal for the tea and coffee businesses, Honeybush tea is fast becoming a mainstream product and a strong competitor for Rooibos tea, South Africa’s other highly successful herbal tea export.

If the expected growth targets for the industry are achieved, honeybush cultivation could make a major contribution to job creation and poverty alleviation in the Western and Eastern Cape.

With increased production and formalised cultivation practices, the industry can remain sustainable and contribute to much-needed economic developed in poor communities.

Industry statistics show that cultivated honeybush is harvested from fewer than 10 farmers who have established successful honeybush plantations.

“Currently 70% of honeybush tea is wild-harvested, and only 30% cultivated – a situation that is not sustainable,” Hobson said, adding that the industry must reverse this ratio, and work towards cultivating the bulk of the honeybush crop by involving small and emerging farmers.

Cultivating honeybush on a larger scale will help to supply the growing demand for honeybush and it will relieve the pressure on wild honeybush populations.

A honeybush farming project in the town of Genadendal in the Western Cape is a good example of the industry’s efforts to establish the town’s small farmers as independent producers of the unique product.

There are at least 20 different species of honeybush, but Cyclopia maculata is the species which grows naturally in the area around Genadendal.

The goal of the project, which was launched last year, is to work with the people of Genadendal to grow honeybush commercially and sustainably.

The Genadendal community has a long history of harvesting and processing wild-growing honeybush. However, honeybush production can be challenging as farming practices vary depending on the species and area.

With step-by-step information and basic illustrations, the handbook will equip small-scale farmers with the necessary skills and knowledge needed to grow honeybush.

“As a young industry poised for expansion, we have a huge responsibility to ensure that we adopt biodiversity-friendly farming practices,” Joubert says.

The industry is teaming up with local authorities in the Western and Eastern Cape to control and protect wild honeybush, thereby ensuring sustainable harvesting.

Professor Lizette Joubert, a researcher at the ARC Infruitec Nietvoorbij Research Institute in Stellenbosch, says that the specific type of honeybush that grows in the Genadendal area holds significant economic potential for the local community.

She says it is important to produce a unique herbal tea that can compete in local and foreign herbal tea markets based on its quality, taste, flavour and health benefits.

“That is why researchers will investigate and document the sensory characteristics and health-promoting properties of honeybush tea grown near Genadendal,” she adds.

The project also aims to add value to locally produced honeybush by looking at the production of extracts that can be used in many applications in the food and cosmetics industries.

Johan Kritzinger, director of Honeybush Natural Products, a processing company, was quoted in Tea & Coffee Asia, saying “the future for honeybush would appear to be extremely bright”.

A variety of research initiatives undertaken by the scientific community has shown that honeybush has numerous marketable aspects, such as its health properties. It’s caffeine-free and has a high content of antioxidants, which are believed to have anti-cancer properties.

Research has also found that honeybush can be blended with other herbs to create beverages with specific health benefits.

Modern consumers want to buy healthy beverages and this is increasing the demand for products such as honeybush.