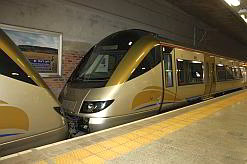 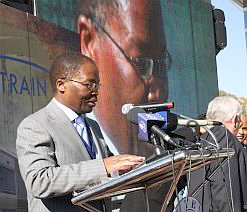 Minister S’bu Ndebele said they will
now focus on other infrastructure projects. 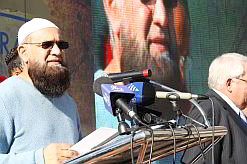 Within five hours of its launch the Gautrain’s new service between Pretoria and Johannesburg had attracted more than 7 000 commuters.

The figure was considered groundbreaking for a public train established to reduce traffic between the province’s two economic hubs.

After a few delays, the important city-to-city route was finally opened on 2 August.  The first train, which left Hatfield in Pretoria at 5.26am for the Johannesburg suburb of Rosebank, ferried hundreds of commuters to work.

According to Gautrain management, the train had accommodated 2 000 passengers by 7.00am, and just two hours later had added another 5 000 to that number.

Gauteng Transport and Roads MEC Ismail Vadi was one of the first passengers. “Within 37 minutes from Hatfield we were in Rosebank,” he said, referring to a trip that could take up to two hours or more in peak traffic.

Vadi added that he found the much-anticipated ride to be “smooth, fast, comfortable and safe”. At its maximum allowed speed of 160km per hour, it’s the fastest mode of transport in South Africa beside air travel.

Commuter Mphengoa Phoko started using the train on its launch day. She used to drive daily from Pretoria to her workplace in Johannesburg, but said she will ride the Gautrain from now on.

“It’s convenient and less stressful,” Phoko said, responding to a question from her seat.  “After a long day at work I won’t have to concentrate on driving.”

The Gautrain route between Sandton and OR Tambo International Airport in Kempton Park, which was launched just before the 2010 Fifa World Cup, has already ferried approximately three-million commuters in little more than a year.

The Pretoria-Johannesburg route is expected to surpass that figure before the end of 2011, as it attracts thousands of people who commute to work daily.

“Gautrain is the future for public transport in South Africa,” said transport minister S’bu Ndebele, hinting that in future the government may look at introducing such high-speed trains elsewhere.

The much shorter route between Rosebank and the Johannesburg CBD is expected to go live later in 2011 after completion of outstanding work, bringing on board thousands of new passengers.

Gautrain offers a reliable alternative for motorists who were previously not comfortable with the country’s public transport.

“Leave your car at home, you can use it over weekend,” Ndebele said.

The Gauteng Provincial Government, then led by former premier Mbhazima Shilowa, launched plans for a rapid rail system in 2004.

“We travelled the length and breadth of the world, looking for technology,” recalled MEC Qedani Mahlangu.

She said they inspected train stations in densely populated areas like London and Paris, and also visited countries like Spain and Switzerland to gain insight into rapid rail systems.

Gautrain CEO Jack van der Merwe told journalists the government’s resolution to complete the project was commendable. “You can’t tackle a project like this without political support, you’ve got to have it,” he said.

Up to 8 000 people worked on Gautrain during its construction phase. Mahlangu said the consortium also recruited South Africans who had left the country.

Now that Gautrain construction is almost complete, the government can focus on other public rail projects.

It is to spend R30.2-billion (US$4.5-billion) over the next three years to improve services of the Metrorail trains, which transport millions of South Africans staying in townships around Gauteng, KwaZulu-Natal, Eastern Cape and Western Cape provinces daily.

Ndebele said the government’s plan to upgrade metro trains too is so that “you don’t have a Gautrain that’s comfortable and fast, but have a Metrorail that’s pedestrian”.

Another critical project is the Moloto Rail Corridor in Mpumalanga province, which would see Metrorail trains transporting thousands of Mpumalanga residents who work in Pretoria.

Ndebele’s department is still conducting feasibility studies on the much-needed project, which was first mooted by former president Thabo Mbeki some years ago.

The government spends millions of rands each year on subsidies for private company buses for Moloto commuters.

“Already we’re paying. We have to ask if that is the most effective way of using taxpayers’ money,” Ndebele said. 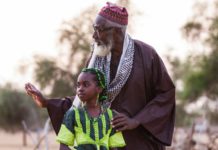