To get a feel for the melting pot that is Johannesburg and the ever-vibrant Soweto, journalists from China took a tour of the city and its huge neighbour ahead of the FOCAC summit taking place in the city of gold. It will culminate in a meeting between the South African and Chinese heads of state. 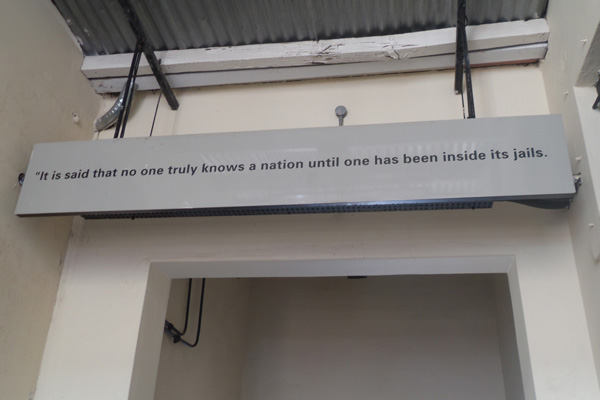 Many political prisoners, imprisoned for their anti-apartheid activities were locked up in The Fort, as the complex was known, alongside common criminals. (Images: Media Club Reporter)

Ahead of the Forum on China-Africa Co-operation (FOCAC) summit taking place on 4and 5 December in Johannesburg, Brand South Africa took journalists from China, Africa and South Africa on a tour of Johannesburg and Soweto to give them a feel for the city of gold, long held as the economic hub of the sub-continent.

Johannesburg is the largest in South Africa, built on the rich seam of gold reaching across the Witwatersrand. While its origins are that of a feisty mining town, today its inner city is undergoing a dramatic transformation to resemble the urban melting pot of its culture.

FOCAC, launched in 2000, is an institutional vehicle for political, economic and cultural interaction between China and Africa; the summit is expected to mark a qualitative shift in those relations.

With the theme “Africa-China progressive together: win-win co-operation for common development”, the summit will culminate in a meeting between South African President Jacob Zuma and his Chinese counterpart, Xi Jinping.

The tour included a visit to Constitution Hill, an open-topped bus ride around the CBD that showed the city’s re-urbanisation, and a trip to Soweto that ended with lunch on the famous Vilakazi Street in Orlando West. It is the only street in the world where two Nobel Peace Prize laureates – Nelson Mandela and Archbishop Desmond Tutu – once lived.

Situated on a hill overlooking the bustling metropolis on the one side and the forested suburbs on the other, Constitution Hill provides a unique perspective on Johannesburg and its fraught history. The site, once a prison, is home to a number of museums: Women’s Gaol, Number Four, and Old Fort. They each host gripping exhibitions with themes that showcase South Africa’s rich and painful heritage and advocate human rights.

The Constitution Hill Precinct in Braamfontein has a complex history going back to 1892, when the Old Fort was built by the Zuid Afrikaanse Republiek, ostensibly to keep the British out.

However, it functioned as a prison except for a brief period during the South African War of 1899 to 1902 – also known as the Anglo Boer War – when it was a military defence post. New buildings were added in the late 1800s and early 20th century: the so-called natives’ section and isolation cells, known as Sections Four and Five, where black male prisoners were held; the Women’s Gaol for female prisoners in 1907; and the Awaiting Trial Block in the 1920s.

Many political prisoners, imprisoned for their anti-apartheid activities were locked up in The Fort, as the complex was known, alongside common criminals. Activists incarcerated in The Fort included Albertina Sisulu and Winnie Madikizela-Mandela, who were among the hundreds of women imprisoned for protesting against the pass laws.

The precinct is a reminder of a time in South Africa’s history in which the majority of the population were not seen as equal, but is also a beacon of hope as it houses South Africa’s Constitutional Court, which enshrines the equality of all people.

This court, the highest court in South Africa, was born of the country’s Constitution. It came into law following the first democratic elections in 1994. Eleven judges stand guard over the Constitution and protect everyone’s human rights.

A tour of the CBD

There is no better way to tour the inner city than in an open-topped bus. From here, the visitor gets a bird’s eye view of the city streets and can hear the sounds of the bustling metropolis and smell its aromas. There is also an informative guide on how the city came to be.

The tour starts off at Johannesburg’s Park Station, which is the central railway station in the city of Johannesburg and the largest railway station in Africa. From there, it goes down Eloff Street, once the prime real estate in the city. The bus passes Carlton Centre, an office block and shopping centre. Standing at 223 metres, it has been the tallest building in Africa since 1973.

Joburg’s architecture is on display as the bus cruises towards the south of the city, passing places such as the iconic Rand Club, Santarama and Gold Reef City. 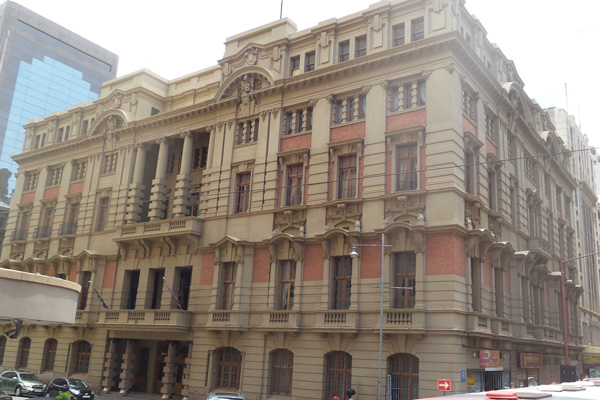 The Rand Club is the oldest members only club in South Africa founded in October 1887.

And then it was on to Soweto. The tour began in Diepkloof, a middle class suburb where Soweto begins. The visitors were taken from there to one of the oldest suburbs, Orlando East, home of South Africa’s oldest football team, Orlando Pirates.

From Orlando East, it went to Orlando West, were the 1976 students uprisings began and the Hector Peterson memorial stands.

Not far from the memorial is the world famous Vilakazi Street, housing the Mandela Museum, built out the small house he once called home with his family. Today it is a busy street filled with restaurants and artists selling their wares. 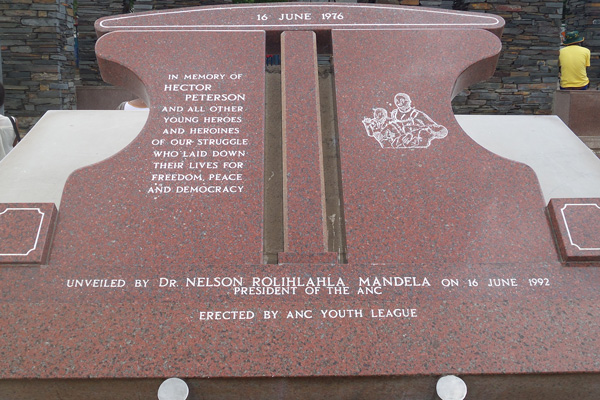 Hector Peterson Memorial is the commemoration site for the 1976 Students Uprisings.