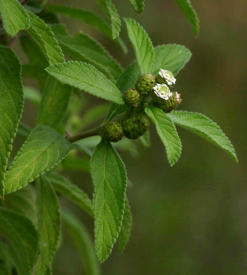 The Fever bush, umsuzwane or koorsbossie is well-known as a traditional medicinal plant.
(Image: Bart Wursten, Flora of Zimbabwe) 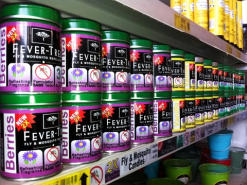 Fever-Tree candles are available at retail chains across South Africa. Using two or three candles in an area, says the company, should achieve between 75% and 95% reduction in fly and mosquito landings.
(Image: Fever-Tree)

In this map, a country’s size is replaced by the proportion of worldwide malaria deaths that occur there. Africa clearly carries the biggest burden.
(Image: Unicef)

South African indigenous herbal knowledge and modern technology have come together to create a recipe for success in an insect-repelling candle that is proven to surpass other similar products.

The Fever-Tree candle is the result of collaboration between holders of indigenous knowledge, researchers at the Council for Scientific and Industrial Research (CSIR), and Zollhaus International.

The plant belongs to the Verbena family and is not endemic to South Africa alone but is a hardy, woody shrub that grows across Southern and East Africa. It’s long been used by traditional healers on the continent to treat a multitude of conditions. As a tea it’s used to treat fever, colds, coughs, and other chest complaints. When cooled the tea is also useful in treating skin problems such as rashes, grazes, stings and bites.

In parts of Zimbabwe and South Africa the infusion is used to ritually wash the hands after handling a body at a burial.

L. javanica has another remarkable use, and that’s to keep insects away. The leaves, which release a lemon-like smell when crushed, have been effective when placed inside linen cupboards and other areas that store delicate fabrics.

Leaves can also be wiped onto the skin, and sprigs are hung in doorways or are burned on the fire to repel the tiny invaders. The plant is also effective in expelling those insects that have already entered.

Now that indigenous knowledge has been captured by CSIR researchers, who have produced a highly effective essential oil that’s proven to repel not only mosquitoes, but also flies – two of the most annoying pests found during the South African summer.

A community in Limpopo is also benefiting because of the creation of jobs, and through an agreement entered into in 2003 with the CSIR whereby royalties are paid into the African Traditional Healers Trust, traditional healers are receiving compensation for the use of their knowledge.

Not all identical plants are equal

There are several identical-looking but chemically different L. javanica plants, and they are not all suitable for essential oil production – healers, however, are able to visually pick out the right variety.

“We have identified a specific chemotype of the plant which produces an ingredient present in the essential oil which makes it active,” says chemist Dr Vinesh Maharaj of the CSIR’s Biosciences unit. A chemotype in botanical terms refers to a plant that is chemically different to others of its species, but is otherwise the same in all physical aspects.

South African Bureau of Standards tests conducted on the active ingredient, using an olfactometer and Aëdes aegypti, the yellow fever mosquito, proved that the product outclassed its competitors – similar products already on the market – in repelling and expelling mosquitoes. An olfactometer, says the CSIR, is a device used to study insect behaviour in the presence of an olfactory stimulus.

The CSIR has filed a South African patent for the use of the L. javanica extracts as mosquito repellents, and in mid-2012 entered into a licence agreement with Zollhaus for the development of a product that can be sold commercially.

Giving the customer value for money

Fever-Tree candles are available in four aroma variants – vanilla, berry, aloe and most recently, sandalwood. Vanilla and berry, with their strong aromas, are popular for outdoor use while the more subtle aloe and sandalwood are suited for use indoors – however, it’s completely up to the customer to use their preferred scent in the location of their choice.

“This is a premium product,” says Gordon Muller of Zollhaus. “We have a licence from the CSIR to use the active component, which we’ve put into our own product, that is the candle.”

Muller explains that in order to give Fever-Tree the best chance at success, it’s been targeted at the higher LSM market.

“We could have opted for selling just the essential oil to a wider range of customers of varying economic groups, but we felt that positioning it as a superior product for people who can afford it would bring in the best profits and make the project commercially viable and economically sustainable.”

Muller is emphatic in pointing out the factors that ensure value for money. “Besides the fact that it keeps away mosquitoes, it’s an appealing product because it smells nice and enhances the ambience, and as a bonus it’s also effective in keeping flies away, so the whole Fever-Tree experience is superior.”

So far there are two production facilities – one is run by Zollhaus and the other is Hihanyile, a community-owned business in Giyani, Limpopo. It was established in 2002 with funding from the Department of Science and Technology and community members have been trained and are employed to cultivate the plant, process it to extract the essential oil through distillation, and produce and package up to 400 000 candles per year.

The Zollhaus facility buys essential oil from the community.

“Although the crop occurs naturally in the wild, for production purposes only cultivated crops in Giyani are used. This serves to conserve the natural crop,” says Mphahlele.

Muller has great ambitions for Fever-Tree. “Our vision is to go big, and we can only do that by exporting to the global market.”

In South Africa the candles are available for about R50 ($5.5) from a range of retail chains; they are Spar, Builders Warehouse – including the Gaborone branch – Outdoor Warehouse and individual retailers.

Besides the comfort factor, the candle has important implications in protecting people from one of the continent’s great health challenges – malaria. This disease is caused by parasites of the genus Plasmodium – the most deadly is P. falciparum – which are transmitted through the bite of Anopheles mosquitoes. Malaria caused by P. falciparum is much more prevalent in Africa than in other parts of the world, according to the World Health Organisation.

In terms of the global malaria burden, sub-Saharan Africa is the hardest-hit region with 91% of deaths occurring here, and 86% of these victims are children younger than five. Pregnant women are also at risk.

South Africa is one of 104 malaria-endemic countries, according to the Roll Back Malaria (RBM) partnership, part of the World Health Organisation’s plan of attack against the disease. According to RBM, in 2012 six countries accounted for 47% of malaria cases – they are Nigeria, the Democratic Republic of the Congo, Tanzania, Cote d’Ivoire, Uganda and South African neighbour Mozambique.

The malaria toll is not just one of lost human life, but of productivity, economic growth and future potential too – it’s estimated that a child dies of malaria somewhere in Africa every 60 seconds.

But the disease can be prevented, and cured. Anti-malaria measures include insecticide-impregnated nets, indoor spraying, and rapid testing and treatment.

The candle is not a replacement for any of these measures, says Muller, but it can complement them effectively. 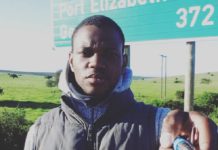 Walking across South Africa to raise money for Limpopo schools