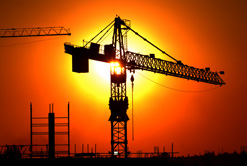 Construction at Orlando Stadium in Soweto
in preparation for the 2010 Fifa World Cup.
Infrastructure development ahead of the
tournament is one driver in the massive
rise in mergers and acquisitions activity in
the country.

Released on Tuesday 11 March, the report reveals that much of this growth was spurred by investment from other emerging economies.

“This trend was signified by the largest transaction of the year, the sale of a 20% stake in the Standard Bank group to the Industrial and Commercial Bank of China,” says Dave Thayser, director for Ernst & Young transaction advisory services.

Approved by 95% of shareholders in December 2007 and valued at R36.5-billion ($4.6-billion), the Chinese bank’s investment is a serial record-breaker. It’s the largest FDI in South Africa, the largest in Africa, and the largest, globally, by a Chinese bank.

Not quite at the level of the Commercial Bank of China deal, but by no means small, the other driver of the 400% FDI inflow was the R25-billion ($3.2-billion) acquisition by Bain Capital, a multinational private-equity group, of South Africa’s Edcon. With CNA, Boardmans, Red Square, Jet and other brands under its belt, Edcon is one of South Africa’s leading retail groups.

“This stems from the growth our market is experiencing, access to resource-rich Africa, and the opportunities in infrastructure development.”

The record FDI growth is seen as the main factor behind the 51.1% rise in total mergers and acquisitions (M&A) value in South Africa in 2007. Hitting another historic South African record, the year saw the signing of M&A deals worth R514-billion ($65-billion), with the top ten valued at R208.1-billion ($26.3-billion).

Ernst & Young attributes much of this growth to black economic empowerment (BEE), which tends to encourage both the dissolution of traditional corporate structures and dynamic M&A deal-making. Empowerment deals jumped 71% in 2007 to R96-billion ($12.1-billion), another record. For every R100-million spent on a merger, some R20-million was spent on BEE.

“M&A transactions constitute one of the dimensions of BEE and it consequently has become an important, perhaps crucial, aspect of M&A activity over the past few years,” said Thayser.

One reason for the rise in BEE deals was the final publication of the Department of Trade and Industry’s Codes of Good Practice in 2007, which brought much-needed clarity to empowerment activity.

Head of BEE at Ernst & Young, Sugan Palanee, said codes required companies to review their plans because they required less emphasis on equity ownership as the first priority. Other aspects of BEE, such as black participation in business and procurement from black business, have become more important.

Another driver was South Africa’s massive infrastructure development drive ahead of the 2010 Fifa Football World Cup. One of the largest BEE deals of the year, worth R7.6-billion ($961-million), was the sale of a substantial stake in cement company Holcim to the Afrisam BEE consortium. According to the latest Business Monitor International (BMI) infrastructure report, the South African construction industry has seen impressive growth in the last few years, with much potential for future expansion.

“The forthcoming 2010 Fifa Football World Cup is expected to provide a tremendous boost to infrastructure development in the country,” said Thayser. “BMI expects the industry to grow at 6.14% during 2008 to 2012.”

In 2007 many more construction-sector firms listed on the JSE, South Africa’s stock exchange, than in the previous year.

“Once listed, the first thing many companies embark upon is bedding down one or more acquisitions, which are often important for the company to move from being a regional to a national player,” says John Wetton, Director at Ernst & Young “Reasons for consolidation are numerous, but one of the primary drivers of this trend is the increased complexity of the business environment.”

Consolidation between existing players also became apparent, as well as deals intended to diversify the interests of existing players. The largest example during 2007 was the decision of the Royal Bafokeng Holdings to buy short term insurance company Mutual and Federal for R8-billion ($1-billion).

“The private equity sector continued in 2007 where it left off in 2006,” said Thayser. “In the latter year, we reported that private equity had come of age in South Africa, with a number of major deals having been announced as well as record activity evident in funding.”

This rapid growth has also brought with it greater shareholder assertiveness. “The feature of 2007 was a rise in shareholder activism broadly defined, or at least an apparent rise due to an appreciable increase in the volume of the verbal interplay,” said Thayser. “Three deals in 2007 really cemented the extraordinary power of institutional shareholders in SA and their increasing propensity to use this influence.”

These deals were the bid by furniture and transport company Steinhoff for furniture retailer JD Group, the bid for Rainbow by conglomerate Remgro and Brait’s private equity bid for Shoprite.

Thayser was reasonably confident in South Africa’s M&A prospects for 2008. “Pipelines of listings and private equity transactions remain strong and private local equity companies remain flush with cash,” he said. “Overall, confidence seems high that the South African economy will proceed modestly this year and M&A overall will be down – but not out.”