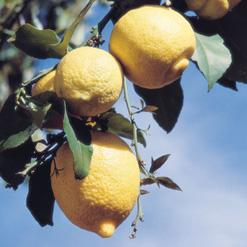 The Eastern Cape Development Corporation (ECDC), the national Department of Science and Technology (DST), and the Council for Scientific and Industrial Research are collaborating to transfer the knowledge and technology for the commercial propagation of essential oil-bearing plants, as well as the means to distil essential oils from harvested produce, to farmers in the region.

The initiative is particularly targeting communal land, resettled communities and unused land, with the aim of increasing the percentage of land being put to productive use. A wide variety of suitable plants can be grown in the province, with relatively small areas of land required. The DST views the essential oils sector as a valuable opportunity for historically vulnerable small and emerging farmers and rural communities to play a bigger role in South Africa’s commercial agricultural sector.

The essential oils industry is labour-intensive, especially in the pre-harvesting stage. As a globally competitive player in this sector, the impoverished Eastern Cape region will see many benefits not only through job creation and sustainable livelihood, but also through economic growth and diversification of agricultural production.

A centre of essential oils production

The ECDC intends developing the area into an essential oils hub, with the establishment of a number of essential oil extraction sites, and related or complementary businesses, such as manufacturers of cosmetic and medicinal products, in the vicinity. It is hoped that businesses in the cluster will be able to share specialised infrastructure, labour, market and skills.

Several Eastern Cape regions have been earmarked for possible cluster locations. These include Langkloof/Tsitsikamma, Graaff-Reinet to Middelburg, Greater Bathurst, the R63 route from Keiskammahoek to Fort Beaufort, Port St Johns to Mthatha, and the Tsolo and greater Butterworth area.

The ECDC plans to have up to six essential oil clusters operational throughout the province within three years. Each cluster will have a distillation plant serving at least 30 hectares.

The essential oils industry in South Africa is currently focused mostly in the provinces of Limpopo, Mpumalanga, Kwazulu-Natal and the Western Cape. There are about 100 small commercial producers and 33 commercial stills in operation.

By contrast the essential oils industry globally is worth about $10-billion and is currently undergoing rapid expansion, says the DST. The major consumers of this market are the US (40%), Western Europe (30%) and Japan (7%). Trade in essential oils and related products increases at approximately 10% per year.

Essential oils used in a multitude of ways

There are approximately 3 000 known essential oils, of which about 300 are of commercial importance. Essential oils are obtained from natural raw materials such as the leaves, fruit, bark, wood and resin of many seasonal or perennial plants. They are distinguishable by their distinct aroma and volatile nature which causes them to evaporate when exposed to air.

Aromatic oils occur in very small quantities in a plant, typically only 1-2% of the dry weight of the plant material distilled.

Essential oils are found in a range of products including perfumes, food flavours, pharmaceutical goods and industrial solvents. They are used in the preparation of beverages, medicines, and personal care and household products such as cosmetics, toiletries and cleaning preparations.

According to TradeInvestSA, a guide to business opportunities in South Africa, there are several factors that make the country potentially attractive to the essential oils market worldwide. Location in the southern hemisphere is one, because many of the world’s growing regions are in the northern hemisphere and southern hemisphere suppliers can easily take advantage of seasonal slumps in production.

Then, there are South Africa’s strong trade links with Europe as a major importer of flavour and fragrance materials. The country is also being established as a world-class agricultural producer in a wide range of products, and its diverse climate, variety of biomes, and good quality soil support the cultivation of a selection of essential oil crops.

Currently South Africa exports and imports essential oils. Exports of essential oils are destined mainly for developed economies such as Europe (49%), US (24%) and Japan (4.5%).

The most noteworthy essential oils produced in South Africa are eucalyptus, citrus, geranium and buchu. The latter two products are indigenous to the country. Data from the United Nations trade statistics database shows that in 2006 South Africa exported $6.1-million worth of essential oils and imported the same commodity to the value of $2.6-million.