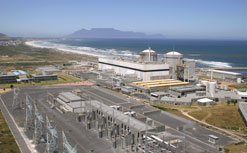 South Africa’s electricity supply has been the subject of much heated debate in recent months. Now disgruntled consumers may be surprised to learn that according to a new survey, electricity tariffs in South Africa are among the cheapest in the world and will remain that way, even if proposed increases of more than 50% come into effect.

South Africa’s state power utility Eskom said in early April 2008 that electricity prices needed to double during the next two years if it was to deal effectively with the current power crisis. However, at a summit held in Johannesburg in May, the embattled power utility was informed that any increases would have to be phased in over five years to protect the poor.

While this is disheartening for consumers, a survey released in May 2008 by leading utility cost management consultants NUS Consulting Group, reveals that in global terms South Africans have little to complain about. Even if the proposed increases are brought into effect local tariffs will still be among the cheapest in the world.

Among the European countries surveyed, the most expensive is Italy while the cheapest is France. Swedish consumers have to contend with a whopping 40% increase in their electricity tariffs, the biggest annual increase among the surveyed countries.

European electricity markets have also reported great volatility and the trend is expected to continue. Over a five-year period UK consumers are now paying almost 136% more for their energy. By comparison South African tariffs have increased by just under 23% over the last five years.

Of the rest of the countries surveyed, Canada is the only one that actually decreased its electricity pricing. Increases in the US were on a par with that country’s inflation, and came in at slightly below the latest figures. Australia’s prices increased by 6,8% and South Africa’s by a more modest 4,8% in the 12 months to April 2008, although larger increases are in the pipeline.

The current tariff in South Africa is US$0.034 per kilowatt-hour, not even half that of the next cheapest country Canada, which comes in at US$0.070. So even if prices double, South Africa’s electricity will still remain amongst the cheapest.

A 2007 survey released by the International Energy Agency shows that Denmark has the highest household electricity prices in the world.

Much of the debate around electricity in South Africa has centred on the fact that although Eskom has struggled to meet national demand, resulting in rolling blackouts across the country, it is still demanding price increases from already hard-hit consumers. Reasons for the increase include rising coal prices and implementation of an accelerated demand-side management (DSM) programme.

DSM refers to programmes put into place that influence the way consumers use energy. Some of Eskom’s DSM interventions include the promotion of solar water heating, the installation of energy-efficient motors in industry, and residential load management that includes, for instance, remote switching off of geysers at measured intervals.

South Africa supplies two-thirds of Africa’s electricity and according to the Government Communication and Information Systems’ handbook for 2007/2008 is among the four cheapest electricity producers in the world.

South Africa’s electricity is regulated – that is, all aspects of the industry are controlled by a single body, from production and supply to transmission, distribution, servicing and administration. The National Energy Regulator of SA (Nersa), established in 2005 under the jurisdiction of the national Ministry of Minerals and Energy, regulates prices, not only in the electricity industry but also in the petroleum and piped gas industries in terms of the Electricity Regulation Act of 2006.

Eskom must apply to Nersa for any increase in tariffs. Nersa approved a 14,2% tariff increase which came into effect in April 2008, although this is not reflected in the NUS survey. However, in March 2008 Eskom re-applied to Nersa for a gigantic 53% increase, which is now under consideration by the regulator. Opinions about electricity increases vary, with some for and some against, and many say that increasing prices is an effective way to motivate people to be more economical – but the increases must be applied fairly, to big industry as well as household consumers.