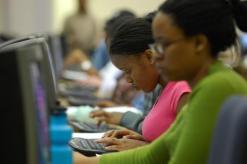 South Africa is the 37th most competitive country in information technology (IT), according to the Economist Intelligence Unit’s How technology sectors grow – Benchmarking IT industry competitiveness 2008 report. The country’s ranking is unchanged from 2007.

Established in 1946, the Economist Intelligence Unit (EIU) is a division of the Economist Group and is regarded as the world’s leading provider of country analysis, industry trends and management best practices. The IT study assessed 66 countries around the world on the extent to which they support the competitiveness of IT firms.

The US is again the top-ranked country on the index, but a number of upstarts have moved into the top five, displacing traditional IT heavyweights such as Japan and South Korea. Taiwan came in at number two, followed by the UK, Sweden and Denmark. Although the top 20 countries did not change from 2007, the list was reshuffled with nine countries moving up and 11 moving down.

Countries received a score out of 100 – South Africa’s score was 32.6. The IT competitiveness index is divided into six categories with varying weights, comprising 25 indicators in total. The categories are: overall business environment (10%), IT infrastructure (20%), human capital (20%), legal environment (10%), R&D environment (25%) and support for IT industry development (15%).

Denis McCauley, director of global technology research at the EIU, stated in the report, “Few countries can hope to build strong IT production sectors without strong business and legal environments, deep pools of talent, support for innovation, and the widespread use of technology throughout society.”

The current global economic climate indicates tough times ahead for IT, say experts, but the industry should remain competitive. In its report, the EIU predicts world gross domestic product to decline by a full percentage point in 2008, and this will be particularly apparent in the US and western Europe, the world’s largest IT markets.

This will affect spending on IT, but, says the EIU, global technology companies will continue to invest in economies with a favourable environment for doing business. With South Africa coming in at a favourable position on the World Bank’s recently-released Doing Business index, this should be an encouraging sign, and the situation reflects on the Economist survey too, with South Africa obtaining a score of 76.9 in the business environment category.

The report showed that IT industry environments in emerging markets are becoming more competitive and the gap between them and the top countries is closing.

South Africa was the second highest country in the Middle East-Africa region, behind Israel at number 16 and ahead of Turkey (38), Saudi Arabia (40) and Egypt (53). It also came in well ahead of India (48), a country known to boast a fast-growing IT sector, and China (50). Nigeria (64), Algeria (65) and Iran (66) were the other countries surveyed from this region.

South Africa’s other strong showing was in the legal category, with a score of 63.5. The country is one of a few non-EU members to be signatory to the Convention on Cybercrime, a treaty endorsed by most EU countries. Drawn up in 2001 by the Council of Europe, the convention aims to harmonise national laws on cybercrime and to improve co-operation between countries in combating digital crime.

In South Africa, as with many other countries, a telecommunications monopoly has been detrimental to the development of a strong IT sector. The report states that in South Africa, despite many attributes that make it attractive to foreign investors including good skills and the widespread use of English, lack of access to good cost-effective broadband is hindering growth of local businesses – the country slots into 44th place in the infrastructure category with a meagre score of 8.4.

The report cited Dimension Data, one of South Africa’s biggest IT services companies, as saying that liberalisation and deregulation have been factors in a number of its larger foreign investment decisions in regions such as central Europe, and the same could be expected to apply to South Africa.

“Making the telecoms industry more competitive would be a huge stimulus for the South African economy,” said Brett Dawson, CEO of Dimension Data. “In service-related industries like call centres, massive industries could be created that would make a huge difference to our country.”

Competitive broadband markets are conducive to strong IT sectors, for a number of reasons, according to the report. Technology firms need fast, secure and reliable internet access to interact with their business partners and to sell their products online. Good IT infrastructure also plays an important role in the development of IT skills, a valuable commodity.

Alastair de Wet, chair of the South African chapter of the Business Software Alliance, which sponsored the survey, commented that, “South Africa has been identified, alongside Bulgaria, the Ukraine and Vietnam, as an emerging outsourcing destination and through the realisation of faster, more reliable and more secure internet access we can look forward to receiving a significant boost with fast, competition-led infrastructure development.”

Human resources is another important factor influencing the status of the IT sector in developed countries, says the report, which also notes that the IT brain drain from emerging countries is declining and may possibly go into reverse, posing a serious challenge for developed IT markets.