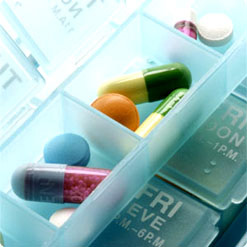 Adcock Ingram is one of the leading
manufacturers of ARV’s in South Africa. 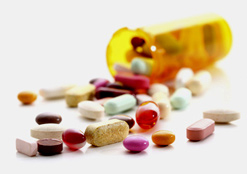 The launch of new medication products
is on the pipeline with millions spent on
research and development.

Pharmaceutical giant Adcock Ingram has debuted on the JSE stock exchange amid glittery promises to continue pumping money into the health and medicines sector in South Africa.

The drug company listed at 9am on 25 August, 2008, to a healthy share price of R35 (US$4.5). Approximately 172.6 million ordinary shares of the pharmaceutical company were listed on the Main Board at the JSE.

The listing comes after consumer goods conglomerate, Tiger Brands, unbundled its shareholding in the company. Adcock Ingram’s Chief Executive Officer, Dr Jonathan Louw, says the move will allow the two companies to focus on their strengths, “The healthcare business (Adcock Ingram) was not a strategic fit to Tiger Brands.”

The company is now said to be valued at about R6-billion ($784-million) after it gained its independence from Tiger Brands. It currently occupies 11.3% share of the private drug industry.

Commenting on the listing, Louw expressed the company’s excitement at the opportunity to expand its business, “The unbundling and subsequent listing of Adcock presents us with opportunities that will enable us to drive our vision of being recognised as a leading, world-class branded healthcare company.

“We look forward to pursuing organic growth opportunities and acquisitions in selected markets, developing exportable competencies, and implementing meaningful transformation within the business.”

After Aspen pharmaceuticals, Adcock Ingram is currently South Africa’s second-largest supplier of HI virus anti-retroviral (ARV) drugs. The company announced that it intends on spending R100-million ($13-million) to upgrade its tablet and capsule capacity at its ARV plant in Johannesburg.

Louw said Adcock expected South Africa’s initiative to combat HIV/Aids to be advantageous for the company and provide growth opportunities. The government, criticised for its slow response on HIV, is reportedly planning to spend millions on the rollout of ARV drugs.

The company is also looking further afield. Adcock has announced its intentions to make acquisitions abroad.

The firm intends on investing approximately R140-million ($18-million) in its Indian endeavours based in Bangalore, which produce tablets and capsules. They are also exploring opportunities in other parts of the world. “We will look beyond South Africa into the rest of Africa. We might look internationally,” Louw said.

Ultimately, the company is aiming at spending a staggering R850-million ($110-million) over the next three years. This will also include upgrading and expanding its existing facilities, as well as building a high-volume liquids manufacturing plant in South Africa between 2009 and 2010.

In November 2007, Adcock Ingram announced a R600-million ($78-million) planned black economic empowerment equity deal in a bid to bring back its “edge” into the market. Although a black player has not been named, the company has said that after listing on the stock exchange, it has plans to work on the equity deal.

Adcock Ingram’s Pharmaceutical division holds the number one position in over the counter (OTC) medicines and the number two spot in prescription generics.

Its hospital supply division is the leading supplier of hospital and critical care products in South African healthcare institutions. This includes products used for renal dialysis and hospital accessories.

In the spirit of expanding the company, Adcock has plans to introduce a new line of products across all therapeutic areas.

The listing of Adcock Ingram on the JSE marks a milestone in the company’s history. Now recognised as one of the leading players in the pharmaceutical industry, the drug company started from very humble beginnings over a century ago as just a small pharmacy in Krugersdorp, in the northwestern region of South Africa.

The company has since grown to provide prescription, generic and OTC products. With its vision to adding value to life, the company still sees itself as a growing entity, with the aim of being recognised as a leading world-class branded healthcare company.

It also has a strong presence of OTC products. According to the company, every second OTC brand sold in South Africa is an Adcock Ingram product. It provides therapeutic products for coughs, colds and flu analgesics.

With a constant critical need of funding in the healthcare sector, Adcock Ingram has made it its duty to support health-related organisations in need as part of its social responsibility programme.

In June 2006, its community service division, Unite 4 Health, donated R4-million ($520 000) to the Red Cross Children’s hospital in Cape Town. This is the only specialist hospital dedicated to treating children on the African continent. The money contributed to the building of a new operating theatre complex, which has increased surgical procedures by 25%.

The building of the theatre complex – eight in total, has been planned in phases to ensure the uninterrupted operation of the theatres. The current theatres will remain in use until the new wing has been constructed. The theatres will then move to the new wing whilst the existing floor receives a full refurbishment. It’s expected that the new complex will officially open in June 2009.

“In addition to providing better working conditions for our surgical teams, upgrading and modernising the theatres will improve the role operating theatres play as an important training and research platform,” says Nicky Bishop, CEO of the Children’s Hospital Trust.

“Most importantly [the theatre complex] will allow Red Cross to function more effectively and efficiently. This will have a very positive impact on surgical outcomes in particular and on children’s health in general.”

At the hospital, the Africa-specific research on children’s diseases and HIV/Aids, not only improves the health of children, but it also provides doctors and nurses with hands-on training in the hospital environment.

In Johannesburg, Adcock Ingram has been active in helping to improve the quality of healthcare in Soweto.

Its Heart of Soweto initiative involved over 15 000 local residents, who took part in various projects, which formed part of a study aimed at tracking the incidence of cardiovascular disease in a developing-world scenario.

The study, the largest of its kind in Africa, was launched in January 2006 and Unite 4 Health committed R2-million ($250 000) in financial assistance. Led by Prof Karen Sliwa, head of the Soweto cardiovascular research unit at Chris Hani Baragwanath Hospital, it also included working partnerships with experts from Australia and the United Kingdom.

The Heart of Soweto project and Unite 4 Health have also been instrumental in refurbishing the cardiology unit at Chris Hani Baragwanath Hospital.

Unite 4 Health has helped with the realisation of a women’s ward at the Soweto Hospice, with the donation of R1-million ($130 000). The Hospice caters for HIV/Aids patients and also provides support for home-based care giving. Unite 4 Health also supports a number of smaller NGOs on an ongoing basis.