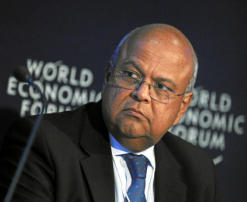 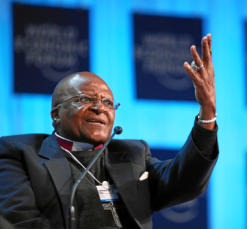 This year’s World Economic Forum annual meeting opens on 22 January under the theme Resilient Dynamism. As in previous years, Team South Africa is going in with guns blazing.

President Jacob Zuma is leading a team of top businesspeople and government representatives to the flagship event of the Swiss non-profit, which takes place every year at the end of January and is attended by heads of state, heads of corporations, academics, religious leaders, NGO officials and hundreds of journalists.

Also travelling with the delegation is King Leruo Molotlegi, king of the Royal Bafokeng Nation.

The main focus this year is on global health. A number of sessions will focus on the development of sustainable national health systems and the continuation of workplace wellness and individual health.

Major organisations including the Global Fund to Fight Aids, Tuberculosis and Malaria and the Gavi Alliance, known previously as the Global Alliance for Vaccines and Immunisation, will be present in Davos.

How does Davos benefit South Africans?

By mingling with the best in the world, Team South Africa can learn from the insights of others, thereby enriching its focus towards improving the economy and the livelihoods of citizens.

But Team South Africa is not just a bystander at this important global event, and with ever-increasing evidence of the African continent’s steady growth and development, Davos is the perfect platform to showcase the opportunities for investment and business.

This year South Africa is taking part in various forums and on 23 January will host a high-level thought leader session under the theme Africa’s Dynamism. Here, key South Africans and their international counterparts will make a case for more foreign direct investment into Africa, highlighting the fact that the continent is a leading investment destination for good returns and sustainable socio-economic growth.

South Africa itself is also a driver of growth in Africa. A November 2012 report published by the Financial Times indicates that South Africa’s trade with the rest of the continent grew to US$30-billion (R263-billion) in 2011. This is a threefold increase over the decade before.

In addition, the report reveals that by the early 2000s, South Africa had become the largest single source of FDI into the continent outside of the oil and gas industry. The latter is an indication of the strength of South Africa’s diversified economy, and the high value goods and services it offers in the African market.