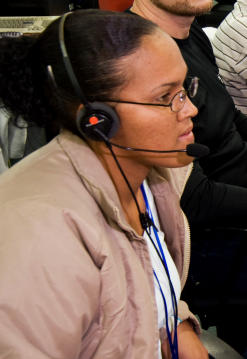 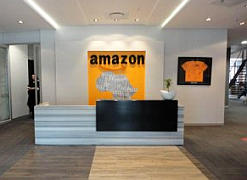 South Africa’s reputation as one of the world’s most sought-after offshoring destinations has received endorsement from the European Outsourcing Association (EOA), which named the country as its destination of the year for 2013.

Last year’s winner was another African country, Morocco. It was honoured along with MEDZ Sourcing, which manages business parks in Morocco that are dedicated to offshoring. The EOA is viewed as Europe’s most important association of professionals and experts in the outsourcing industry, according to Abderrafie Hanouf of MEDZ Sourcing. It has over a thousand corporate members representing national trade associations from Austria, Belgium, France, Germany, Italy, Spain, The Netherlands, the United Kingdom.

South Africa was a finalist last year, and this year saw off competition from Russia and Serbia to clinch the top spot.

The ceremony took place on 25 April in Amsterdam. South Africa was entered by the national association, Business Processing enabling South Africa (BPeSA), and the award comes hot on the heels of its October 2012 triumph at the London-based National Outsourcing Association’s annual ceremony, where it was voted the UK offshoring destination of the year.

BPeSA Western Cape chief executive Gareth Pritchard was delighted with the honour, saying it confirmed the quality of service that South Africa offered to its European clients. “Services in other languages, combined with a growing base of high-end skills in financial and legal services, have highlighted the country’s status as a world-class offshoring location,” he said.

Offshoring contributes an estimated R8-billion (US$895-million) to the province’s economy and employs thousands of people, according to the Western Cape’s minister of finance, economic development and tourism, Alan Winde.

During the same period the offshoring sector increased from 2 963 to 4 727 agents. This represents a remarkable year on year growth of 16.9%. During 2012 the industry attracted investment of R510-million ($57-million).

Offshoring goes one step further than BPO, which is the practice of relocating business processes that a company usually performs in-house, such as accounting or customer call centres, to a third-party service provider, to carry out on behalf of the company.

Outsourcing becomes offshoring when the third-party service provider is located in another country.

South Africa was expected to make steady progress in the offshoring sector in years to come, said senior analyst Partha Iyengar of technology research firm Gartner. He was speaking at a symposium hosted in Cape Town by the company in August 2012. Iyengar predicted the creation of 40 000 new jobs through offshoring by 2014, while the local insourced sector would provide jobs for 120 000 people.

Iyengar stated that by 2015, he expected offshore contact centre jobs in South Africa to grow to more than three times the number in 2010.

Much of the outsourcing industry is based in the Western Cape. Here companies can take advantage of attractions such as a multi-lingual workforce that doesn’t have a strong accent and that speaks English, German, Dutch, Italian and French; costs of between 50% and 60% lower than source countries; top-class infrastructure; enhanced quality of life for expats; time zone compatibility with the UK and Europe; government support in the form of tax and bonus incentives and training programmes via the Department of Trade and Industry; and more.

At the end of April 2013, Winde announced further government support for the sector of R300-million ($33.6-million) for the current financial year, which would result in the creation of 2 500 jobs.

“We are focusing on this sector, which has an average entry level salary of R6 500 ($727), because it is labour intensive and has a relatively low barrier to entry. Indeed, 70% of all employees are between the ages of 18 and 35 and carry only a matric. Creating opportunities for our youth to become employed is my top priority,” said Winde.

BPeSA’s Pritchard said at the same event that in 2012, more than 4 500 jobs had been created in the BPO and contact centre industry.

Companies making use of South African facilities include, among others, British Gas; Amazon; Switzerland’s Edelweiss Air; global outsourcing leader WNS; Bloomberg; Virgin Mobile; Everything Everywhere, which handles communications for the Orange and T-Mobile brands; and British retailer Asda, which has been running its contact centre from Cape Town since 2005.