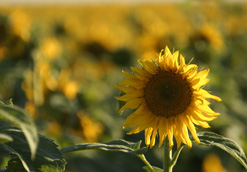 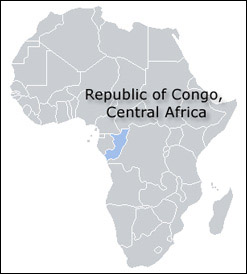 With South African farmers considered to be among the best in the world, the Republic of Congo is enlisting their help to improve food security and social development by inviting them to set up agricultural operations in that country.

Andre Botha, chair of Congo Agriculture, an organised agriculture body affiliated to South Africa’s Agri SA, said this is an ideal opportunity for local farmers to diversify their operations.

Lying on the western border of the much larger Democratic Republic of Congo, the central African country desperately needs a viable agricultural sector. It currently has to import most of its food from France and China, food that is often expensive and of low quality.

It’s a win-win arrangement: the Congo offers South African farmers free land, exemption from taxes and import duties for five years, and they can take profits out of the country. Farmers also have the option of selling their Congo businesses, or leaving them to heirs. In return, the farmers’ responsibility is to establish commercial farms that will guarantee food security within five years.

Botha is confident local farmers can meet these conditions, helping create a successful farming industry that would have major benefits for the Congo’s economy and people.

“Currently the country’s total debt is 70% of its GDP, so this does not leave much for development of the economy,” he said. “With this initiative, one year’s good crop has the potential to reduce total debt to 40% in a year.” Not only would it provide a reliable local source of food, but prices would be lower and food quality would improve.

Social development initiatives are also on the cards. “Farmers have to get involved in empowerment of local people and skills development, and this is why there are already plans to establish a preschool, primary school and agricultural academy there.”

Fertiliser manufacturers, equipment suppliers and financing institutions have also expressed interest in the venture and are considering setting up branches in the Congo.

Ernst Janovsky, an agricultural economist and general manager for Absa Agribusiness, said there is no doubt that South African farmers have earned their stripes.

“I can say for sure that they are of the best in the world. They are capable of farming without government support, can compete against the rest of the world and even with our scarce resources they produce profitably.”

He said it is encouraging that government policy on the continent is shifting its focus to food security. “Basic food production is important across Africa now,” he said.  Instead of only cultivating high-value crops such as roses for export to European markets, there is a renewed focus on developing primary agriculture.

“They are doing well considering all the challenges.” An erratic climate, drought and floods, high interest rates and input costs, and crime are a few of the difficulties South African farmers face.

“If you put all these challenges on a scorecard, it is clear that our farmers have to be very solutions-driven and resilient to cope,” he said.

Food security for the world

Botha said the world is increasingly looking to Africa for food security. With the global population growing, countries such as China and India need more food.

“The food requirement for the world will increase and Africa is the only place where this can be done,” he said. “We have the land, rainfall and right climate to do it.”

With optimal conditions, grain production can be significantly increased – and the Congo’s farming conditions are far better than South Africa’s.

“If we can produce what we currently are under semi-desert conditions, imagine what our farmers can do in a high-potential area,” Botha said. Farmers already in the Congo can produce some 10 tons of maize per hectare in dryland (unirrigated) conditions, while South African dryland farming can only produce 3.4 tons per hectare.

Janovsky said subtropical African countries have some of the best farming land and seasonality is more defined. Although the tropical conditions of the Congo could be problematic for crops that need cold units for production, he said it is still possible to grow many other types of crops there.

All that’s needed now is rural infrastructure improvements. But Janovsky said even this is not an insurmountable problem, as agriculture could piggyback off infrastructure developments by mining companies in the Congo.

Botha emphasised that the Congo’s invitation does not mean South African farmers are abandoning their country. “This initiative is not a ‘great trek’ for farmers to run away,” he said. “Of the 70 farmers who are already there, no one has sold their farm in South Africa.”

He added that farmers have a good working relationship with the South African government.

“There has been a lot of pressure from the G8 countries for South Africa to fulfil their role as Africa’s powerhouse.  We are supporting the government’s African initiatives with the skills we have.”