With strong measures introduced in the 2016 Budget to turn the South African economy around, business leaders have committed to work closely with the government to ramp up economic growth, create jobs and strengthen public finances. 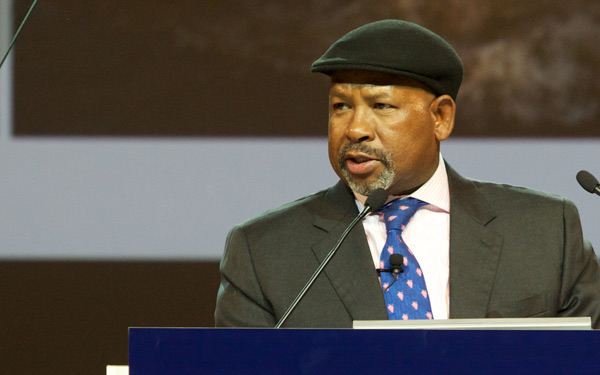 “South African business believes passionately in our country,” says Business Unity South Africa president Jabu Mabuza. “Now is the time to tackle our problems together, reinvigorate our economy, and show the world – once more – the greatness South Africans are capable of.” (Image: WTTC, CC BY-ND 2.0, via Flickr)

Mabuza was speaking on behalf of the dozens of CEOs who have met with Finance Minister Pravin Gordhan and President Jacob Zuma in recent weeks. Stanley Subramoney, chair of the Nepad Business Foundation, is to lead the initiative.

“South Africa is at a critical economic juncture, with slow growth, high unemployment and real risk of a sovereign debt downgrade,” Subramoney said in a statement on Wednesday, before the Budget was tabled.

“We are confident that the Minister of Finance will today announce bold steps to boost growth and strengthen public finances – and we are committed to working actively and urgently with government and labour to support these steps.”

The business grouping plans three key interventions in the economy:

The business leaders driving the initiative include:

“We remain committed to the National Development Plan, which provides a compelling vision and framework for growth, and urge all social partners to focus on it as the vision guiding implementation” Naidoo said.

“Business understands that the government will play its part in avoiding the severe long-term costs to our country and all its people that a downgrade would create,” Brown and Mupita said in the statement.

“As we have indicated to [Gordhan], we accept that business must play its part and we accept that there could be changes to the tax regime as part of a broader package of fiscal consolidation.”

As part of this, the grouping has committed to do more by:

Bringing private sector expertise to the boards of state-owned enterprises, helping to reduce the drain these have on state coffers and putting them in a position to contribute to economic growth

Convened by Adrian Gore of Discovery and Bidvest’s Brian Joffe, this initiative aims to mentor and grow small businesses with big potential.

“If South Africa is to create jobs in the numbers we need, while accelerating economic transformation and reducing inequality, we must give our SMEs a major boost – in skills, capital, and access to export markets,” the convenors said.

“Business is ready to invest money and skills to accelerate the development of high-potential SMEs and, together with government, will support a single vehicle which will co-invest with existing successful enterprise development funds run by the private sector.”

Standard Bank’s Sim Tshabalala and Dan Matjila of the Public Investment Corporation said business would work with the government to identify priority economic sectors and enterprises – “both those made vulnerable during current market turbulence, and those that can unlock new growth”.

For each sector selected, business will contribute private sector expertise to help create an urgent, detailed plan to remove barriers to growth, protect existing jobs, and drive inclusive growth as fast as possible.

Mabuza said specific details of the three initiatives would be announced soon.

“South African business believes passionately in our country,” he said. “Now is the time to tackle our problems together, reinvigorate our economy, and show the world – once more – the greatness South Africans are capable of.”