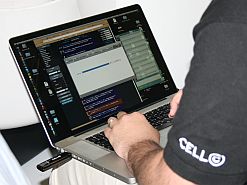 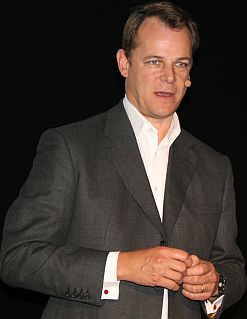 Cell C’s new mobile internet network is the fastest in South Africa, according to the company, and it brings about healthy competition in the market.

The mobile operator, which is one of the biggest in the country, introduced the much-anticipated network in Johannesburg and Pretoria on 17 November 2010. It went live in the two cities just after launching, meaning those who already had Cell C modems could connect to the internet via the network.

It’s a high-speed packet access (HSPA+) with more bandwidth speed than that offered by other operators. “Our competitors are running HSPA and not HSPA+,” said Cell C’s CEO Lars Reichelt at the launch.

“It gives us a lot wider and deeper coverage,” he added.

It is transmitted via the Release 7 software. Combining Release 7 and HSPA+ has meant that the Cell C network performs at a similar speed to LTE, a next-generation mobile wireless broadband technology that’s yet to be introduced in South Africa. Local networks are still on 3G.

Cell C now leads the market in offering the fastest internet, as its average speed is currently 5.22Mbps, according to Reichelt. Telkom’s average speed is 2.53Mbps, Vodacom’s is 2.39Mbps and Mweb’s is 2.14Mbps.

Cell C’s network has the capacity to be as fast as 21Mbps. South Africa’s speed average is now 2.96Mbps. Reichelt said the country’s internet was certainly improving, and compared its speed to that of European countries and the US.

Cell C now has access to a fibre-optic cable of about 1 600km in length and 2 000 transmitters. It’s been working with companies like Neotel, Dark Fibre Africa and Nokia Siemens Networks to improve its network over the last two months.

Port Elizabeth in the Eastern Cape was the first city to be connected to the new network. East London, in the same province, is also covered, as is Mpumalanga’s Mbombela and eMalahleni, Limpopo’s Polokwane and Bloemfontein in the Free State.

Durban and Pietermaritzburg in KwaZulu-Natal are also connected, as are Cape Town and George in the Western Cape. “We have speed cover in all these cities,” said Reichelt.

None of the cities, however, are 100% connected. In Gauteng, coverage is 62%, as only districts of Johannesburg and Pretoria are covered. Places like Tembisa and Benoni will be reached by January, when Cell C hopes to have 89% of the province connected.

Cell C has already poured about R500-million (US$72-million) into the project, and covered 32% of the country.

Reichelt said they aim to ensure that all parts of South Africa are connected to broadband networks, so that all communities have access to the internet.

Cell C is aiming cover up to 97% of South Africa, including rural areas which currently have minimum coverage. Reichelt said they are working hard to achieve this.

The company recently announced that it’s become a partner in FibreCo Telecommunications, a new venture also involving Internet Solutions and Convergence Partners. FibreCo will develop an open-access terrestrial fibre-optic broadband network, which will eventually include a 12 000km cable.

South Africa’s broadband market is headed for a boom, industry experts have predicted, as more people in the country start using the internet.

Cell C’s new network is part of their preparation for the predicted user growth. “We do believe that data [usage] will increase dramatically, and we’ve built a network that will handle the traffic,” Reichelt said.