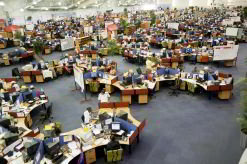 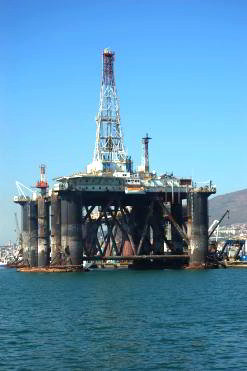 Cape Town is fast becoming a destination of choice for domestic and foreign investors looking to expand their operations in Africa.

Tourism has always been a major drawcard for Cape Town, known internationally as a top leisure destination, but the city is also gaining a solid business and investment reputation.

According to the Western Cape Investment and Trade Promotion Agency (Wesgro) Cape Town has become recognised as a preferred city for companies looking to set up base camps for their operations in Africa.

South Africa was able to weather the recent worldwide recession better than many developed countries, and this has positioned major cities such as Cape Town as a secure investment destination.

According to Alan Winde, Western Cape MEC of Finance, Economic Development and Tourism, factors such as South Africa’s low debt to GDP ratio, currently at 32%, are encouraging to investors.

The World Bank recommends a maximum debt to GDP ratio of 60% and in comparison, industrialised countries such as the US, Japan and the UK have ratios of 100%, 200% and 90%, respectively.

Winde cited South Africa’s stock market as a good example of the country’s sound financial performance. In 2010, the stock market rose by 19.1%, ranking eighth among the G20 nations and ahead of all the G7 countries.

South Africa’s motor manufacturing sector is also a top local performer. The minister said that South Africa sold R1.8-billion (US$230 million) worth of cars to the US in 2010. “This puts us ahead of Sweden and Italy as suppliers to the US market,” he said.

Wesgro anticipates an increase in investment in sectors such as tourism, business process outsourcing (BPO), information and communication technology, oil and gas, the green economy, financial services and wholesale and retail services.

According to the agency, Cape Town’s economy has shown consistent growth over the period from 1999 to 2009 in the finance and business services sector, and in the wholesale and retail trade sector.

Cape Town is becoming an important finance and services hub in South Africa. According to Wesgro statistics, services now account for over two thirds of the province’s economy.

Nils Flaatten, CEO of Wesgro, said that from 2000 to 2010, growth in the real output of the financial, real estate and business services sector grew by 5.3%. This shows that the sector is becoming an important contributor to the local economy.

According to a recent survey by international research group Everest Consultancy survey, South Africa is ranked among the top three emerging offshore BPO destinations in the world.

In a statement Gareth Pritchard, CEO of Business Process Enabling South Africa, an organisation that promotes domestic and international contact centre and BPO investment into Cape Town, said that receiving such a high ranking is “a huge vote of confidence”.

The survey aimed to get a better understanding of companies’ perceptions and plans when choosing global service locations and to highlight destinations that are most likely to benefit from offshoring in 2011 and beyond.

The results were based on the feedback of 340 respondents across multiple sectors – buyers, service providers and others. The survey excluded India and the Philippines and focused on emerging destinations such as South Africa, China, Brazil, Poland, Egypt, Ireland, Morocco, Costa Rica, Mexico and Singapore.

Pritchard added that the Western Cape has a key role to play in the growth of the sector and that he expects substantial foreign investment into the region over the next few years.

The Western Cape call centre industry is a major source of growth and job creation for the region. According to Wesgro, the BPO and offshoring sector is one of South Africa’s fastest growing economic sectors.

The call centre sub-sector has been growing at about 8% per annum over the past four years.

The Department of Trade and Industry is also showing its support for South Africa’s BPO sector. Earlier this year, the department launched its new incentive scheme to support the BPO sector, by lowering operation costs in the industry by about 20%. This should allow South Africa to compete with other offshoring destinations.

South Africa has traditionally been viewed as an expensive telecoms destination, but from 2003 to 2009, telecoms costs declined by 85% and further decreases of 15% to 25% are expected over the next five years.

Cape Town’s geographical positioning near the West Coast means that the city is ideally placed to service the increasing demands of Africa’s oil and gas industry.

The city has well-developed infrastructure and the engineering capacity to support the growing market for offshore oil and gas platforms and components, services and repairs.

According to Wesgro, Africa produces eight million barrels of crude oil per day, which makes up 10% of world production. Nigeria and Angola account for more than 80% of Africa’s contribution.

“There is a lot of work to be done in the oil and gas sector and much opportunity to service oil rigs,” Winde said, adding that Africa will provide 20% – 25% of the world’s oil in the next 20 years. “It is a massive market,” he said.

The Western Cape is also leading the way in renewable energy generation and various initiatives are underway to produce power from wind.

The province has been progressive in its approach to renewable energy and is the first in South Africa to implement a sustainable energy strategy and a policy for solar water heaters.

Compared to leading locations in Europe, Cape Town is also the most cost-competitive location for solar panel manufacturing.

Winde said that there is a need for more value adding in the form of processing of agricultural products.

Wesgro figures indicate that the City of Cape Town accounts for about 27% of agribusiness activities in the Western Cape.

Cape Town is well placed as a cost-competitive location for agribusinesses, Wesgro said.

Tourism has emerged as a strong and growing sector of the Western Cape economy, but there is room for growth in the conferencing, adventure tourism, accommodation and medical tourism markets.

After ranking 25th last year, Cape Town did the country proud by unseating other top cities such as Paris, France, London and Rome.

Although there are many top cities to visit in the world, Cape Town is a favourite among tourists and a preferred destination for overseas tourists exploring the Western Cape and South Africa.

More than 53% of visitors to South Africa visit Cape Town and tend to visit the city for longer than anywhere else.