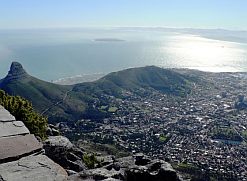 Cape Town is one of the world’s most
innovative cities, according to innovation
agency 2Thinknow’s latest review.
(Image: MediaClubSouthAfrica.com. For
more free photos, visit the image library.)

Global innovation agency 2Thinknow has named Cape Town as one of the 256 most innovative cities in the world.

The Melbourne-based company published its annual global innovation review in mid-2009. Since 2007 2Thinknow has published what it claims is the first comparative review of global cities according to innovative capacity. Innovation, it believes, is the key for future economic growth.

The company also states that cities which show a potential for innovation today will prosper socially and economically in years to come, overcoming the effects of the global recession more quickly than those that lag in innovation. These are the cities to consider when looking for long-term investment opportunities.

Although the world’s top innovative city for 2009 is Boston in the US, European cities dominated the upper section of the list, taking 61% of the top 75 positions.

Boston came in second in 2008 but snatched top spot from last year’s winner, Vienna in Austria – the only other city to match its score of 28 – based largely on its two innovation powerhouses, Harvard University and the Massachusetts Institute of Technology.

There were just four African cities in the line-up, two from South Africa. Cape Town, as well as Casablanca in Morocco, Johannesburg in South Africa, and Dakar in Senegal were the continent’s representatives.

According to their score, most cities were placed in one of four categories.

Cape Town, as a node city, is on a par with cities such as Taipei, Salt Lake City, St Petersburg, Jeddah, Mexico City, Mumbai, Athens, Adelaide, and Birmingham.

In 2008 Johannesburg was the only African representative and came in with a score of 19, making it the second-highest emerging city, after Dubai at 20. In 2009 Dubai was eclipsed by Abu Dhabi.

2Thinknow has developed a number of models to gauge innovation, taking into account that not all cities and regions are the same, neither can they all be assessed according to the same criteria.

The company uses 162 innovation indicators focused on a broad range of cultural and economic activities, and measured against current trends, to compile a ranked list of cities. The indicators range from science and engineering, to global connectivity, to food and wine industries, tourism, government at all levels, and media, journalism and censorship.

Cities were also analysed according to their ability to sell their innovations on global markets. Interconnected cities such as those in the European Union scored high here, while cities in regions with under-developed infrastructure, such as Asia, did not fare as well.

“The key to innovation success is to know which innovation can succeed where,” said data analyst Christopher Hire, executive director of 2Thinknow.

This benchmarking data is then used by 2Thinknow as a foundation for further comparative analysis. Cities receive a three-part score, each part out of 10, which adds up to their global innovation index score out of 30.

Besides the compilation of the list, says 2Thinknow, the benchmarking data is useful for a number of other purposes. City management can use it in a competitive analysis of their city’s performance and to devise programmes for improvement where necessary.

They can use it as a starting point for consultation with other cities and governments around the world, or to match areas where the city is strong or weak with those where other cities may be correspondingly weak or strong.