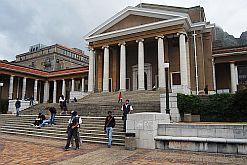 The University of Cape Town’s Graduate
School of Business is rated the best
business school in Africa and the
Middle East.
(Image: MediaClubSouthAfrica.com. For
more free photos, visit the image library) 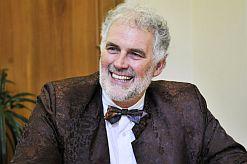 Professor Walter Baets, director of UCT’s
GSB, believes the rating is testimony to
the quality of the programme and the
impact it has on the students.
(Image: UCT GSB)

South Africa’s business schools have been rated tops in the Africa and the Middle East category in a recent global survey, with Cape Town’s institution taking first place and another two placed in the top five.

The University of Cape Town’s Graduate School of Business (UCT GSB) took the title of best business school in Africa and the Middle East in the latest Quacquarelli-Symonds Global 200 Business Schools Report, which rates institutions across the globe according to MBA employers’ and recruiters’ views.

The American University in Cairo was in second place and the Suliman S Olayan School of Business in Beirut came fourth.

UCT GSB among the best in world

The MBA programme offered by UCT’s GSB is also ranked 60th in the world, according to the Financial Times’ Global MBA Top 100 Ranking, and is the only institution in Africa to make the list.

The Financial Times is an international daily newspaper circulated in 24 countries across the globe. It was launched in 1888.

Professor Walter Baets, director of the GSB, said: “The UCT GSB is delighted about this ranking. Once again it testifies to the high quality of our programmes, the remarkable impact we have on students and the exceptional quality of our MBA in particular.”

Baets said the rating also shows the quality of students the institution produces, while also taking into consideration that it is in an emerging economy characterised by complexities and diversity.

UCT’s MBA programme is offered as a one-year, full-time course or in modules which can be done over two years.

Nineteen percent of participants are local females, 48% local males and 33% are international students.

Cherry Burchell, marketing manager at UCT’s GSB, said: “This ranking will go a long way towards expanding the belief that the GSB is the most desirable business school in South Africa as well as on the continent, particularly when put together with the school’s National Research Foundation ratings, Financial Times rankings and Equis accreditation from the European Foundation for Management Development.”

Burchell also feels that the positive ratings of the three South African schools’ MBA programmes will see an influx of international students coming to do the course in the country.

Growing in stature year on year

The University of Stellenbosch’s Business School has shown year-on-year improvements in the ratings, being placed fifth in 2010 and third this year.

The MBA offered by this school also offers the programme in one-year, full-time and two-year module formats.

It consists of 26% local females, 62% local males and 12% international students.

Professor John Powell, director of Stellenbosch’s Business School, said: “We are very proud to have been selected in a report that rates business schools worldwide focusing solely on MBA employers’ and recruiters’ views of MBA graduates, as it benchmarks us against the best in the world.”

The business school started with just 14 MBA students in 1964. Some of its distinguished alumni include Vodacom CEO Pieter Uys and Ras Myburgh, CEO of Kumba Iron Ore.

Former students of the University of Stellenbosch’s Business School have praised the programme.

Lucas Kondowe, manager at Deloitte and Touche in the US, said: “The US is the most competitive country in the world. My MBA prepared me to excel in such an environment.” Kondowe received his MBA in 2003.

Dr Marise Heyns, a teaching fellow at Queens University in the UK, added: “My MBA empowered me with the knowledge to expand my instinctive approach to management. It enabled me to develop strategic vision not only for various types of organisations, but also for me personally.”