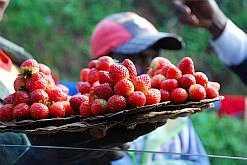 Agriculture is the backbone of
Burundi’s economy.
(Image: Five Prime) 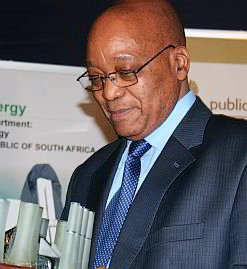 Zuma’s visit, scheduled for 11 and 12 August 2011, is meant to pave the way for improved trade and political relations between the two countries. He’s meeting his counterpart Pierre Nkurunziza, among other economic role-players.

Over the next few years South Africa is also hoping to increase its exports to Burundi, which were worth just over R65-million ($9.1-million) in 2010.

Two memoranda of understanding, on agriculture and livestock trade, as well as economic and technical cooperation, will be signed during the visit.

Cooperation in higher education and defence also stands to be bolstered by agreements that will be signed in Bujumbura, Burundi’s capital.

Zuma’s delegation includes government ministers from the departments of International Relations and Cooperation, Higher Education and Training, Defence and Military Veterans and Trade and Industry. A forum is scheduled for business people to “explore investment and trade opportunities between the two countries”.

Burundi’s major export partners are currently located outside the African continent. Up to 50.4% of its exports went to European Union countries in 2010, while Pakistan received 9.2% of the country’s products.

China and the US are also major import and export partners.

With an economy largely driven by agriculture, Burundi enjoys profitable trade with its neighbouring countries, thanks to a free trade agreement in the East African Community (EAC) bloc. Uganda, Kenya, Tanzania and Rwanda, all EAC members, are its African partners alongside Zambia, Egypt and South Africa.

“Trade statistics between the two countries declined in 2009, but are currently on the rise again,” said Clayson Monyela, spokesperson of the International Relations and Cooperation department.

In the top-15 bracket, South Africa has four African economies among its major partners: Nigeria, Angola, Zambia and Mozambique. The country has expressed interest in helping improve intra-African trade in the coming years.

Monyela said Zuma’s visit comes “within the context of consolidating the African agenda”.

Besides facilitating negotiations led by Zuma, during his time as deputy president, the South African government deployed almost 300 peacekeepers to Burundi in 2001 when the ethnicity-based conflict was at its peak.

Former President Nelson Mandela initiated mediation efforts in the country in 1999. He became a mediator himself under the auspices of the African Union, then the Organisation of African Unity.

“South Africa believes the time has come to work more closely with Burundi in the country’s post-conflict reconstruction and development, and use the existing relations to promote cooperation …” added Maharaj.

Zuma’s visit will further cement political ties between the countries, which bodes well for ongoing negotiations for a new trade bloc between East and Southern African countries.

“South Africa regards Burundi as a country with great economic potential in the East African community region as well as an important partner for trade and investment,” said Monyela.

“Against the backdrop of strengthened political relations, it is expected that trade cooperation between the two countries will grow to greater heights.”