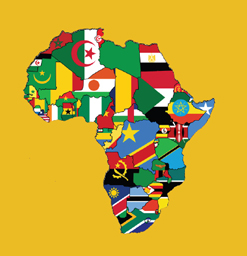 The key to Africa’s development lies in
stimulating thriving local and global
businesses and brands on the continent,
according to Brand Africa chairperson
Thebe Ikalafeng.

The event, hosted by Brand South Africa and Brand Leadership Academy, will take place on 29 September at the Sandton Convention Centre in Johannesburg.

It offers global thought leaders, influencers and decision-makers a valuable opportunity to interact and discuss matters ranging from governance and sustainability, growth-enabling policies, as well as business and its role in shaping the continent’s economic future.

The significance of South Africa joining Brazil, Russia, India and China in the BRICS bloc will also be explored, along with lessons to be learnt from emerging markets.

A dynamic panel of young leaders from Kenya, South Africa, Uganda and Senegal have also been included to discuss youth and their vision for the continent.

“One of the things we learnt from last year’s event was that we need to focus on discussions that are more about the continent and include people from those places. We also need to create more media outlets for the stories that are generated as a result of this. With the diverse line-up of speakers at this year’s event – and journalists who will be there to cover it – we will ensure that it’s not just South Africans talking about Africa,” says Miller.

While there’s been extensive coverage on multinational, Fortune 500 South African companies such as SABMiller, Old Mutual and Anglo American, less is recorded about similarly influential concerns elsewhere on the continent.

“One of the messages we want to spread through the forum is that corporate brands are very important in developing nation brands and nations’ economies,” says Miller, adding that it is through telling these stories that Africa can be “positioned as the next growth frontier in terms of investment and business”.

While the forum will focus on the positive issues arising from the continent’s growth and development, Africa’s challenges won’t be ignored.

Situations unfolding in North Africa, Ivory Coast, Sudan and Zimbabwe are just some of those which are up for discussion.

“At last year’s event there were very open and frank discussions about the continent and some of its weaknesses. Issues that need to be addressed this year focus on challenges in terms of democratisation, macroeconomic reform and policies that impede competitiveness,” Miller says.

“To build a strong brand you need to look at these fundamentals – it can’t just be about image. I believe the Brand Africa Forum 2011 will ensure that we have a platform for open and balanced debate, which will take the continent forward.”

Practical outcomes of the forum will include a written report on discussions, which will be made available online and across a variety of platforms throughout the world. It will also be given to potential investors and interest groups, according to Miller.

The 2011 forum proceedings will be broadcast by CNBC Africa to 41 sub-Saharan African countries.