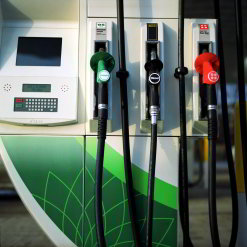 Global fuel giant BP launched a cutting-edge fuels laboratory in Johannesburg towards the end of 2010. The facility is one of only four around the world belonging to BP, and is expected to help the company bring a more diverse range of fuels to the local market.

Although the company’s image was internationally tarnished in 2010 with the 87-day Deepwater Horizon oil spill into the Gulf of Mexico, in South Africa the brand is still the most popular among consumers, as shown in the Sunday Times’s annual survey of top brands.

BP has topped its category on the poll for the past decade, and is also the only fuel brand recommended by the Automobile Association of South Africa. The company employs about 2 000 people across the country, many of them in its network of some 600 service stations.

The Fuels Technology Centre in Kyalami, north of Johannesburg, is further evidence of BP’s commitment to long-term investment into South Africa.

The company views South Africa as a key growth market and to date has invested millions into infrastructure, refining and fuel delivery capacity.

In 2010 alone, BP’s investment totalled over R500-million (US$72-million). The new facility was built at a cost of around R40-million ($5.8-million), and houses a fuel-quality testing laboratory and customer engagement and staff training resources.

BP Africa’s CEO Sipho Maseko said at the launch that the company intends to make its best available fuel technology and highest possible fuel quality available to South African consumers – a goal that will be realised with the opening of the hi-tech centre.

“It will also help bring capable fuel scientists and technologists to work in this highly specialised field,” said Maseko, “and provides unique opportunities for industry to work closer with academic institutions and motoring bodies, such as the National Association of Automobile Manufacturers of South Africa”.

More than just a centre that employs “very smart people”, said Maseko, the laboratory is also open to schools and universities.

The company hopes that its position as South Africa’s most popular brand of fuel will be further entrenched by the facility’s establishment, as it will be able to maintain its quality standards and develop new fuels specifically for the local market. It will also be able to play a strong role in helping to drive the government’s cleaner fuels agenda.

South Africa’s Minister of Energy Dipuo Peters was also present at the launch and expressed her appreciation of BP’s continued confidence in South Africa, as well as the company’s commitment to educating and training its employees through the new state-of-the-art facility.

“I hope that BP will use this as a springboard for other investments and technologies in this part of the world,” she said.

According to Tufan Erginbilgic, BP’s UK-based COO for refining and marketing, such a facility would be regarded as a major investment in any country.

“The South African centre will operate under a similar model as those in Germany and the US,” he said, “focusing on quality assurance, technical service and marketing support for the local market”.

Erginbilgic added that the quality of BP’s scientific and technological knowledge, as well as access to expertise around the world, will enable the company to keep developing hi-tech fuels for the region.

“This is one of our best-performing markets and we predict continued growth,” he said. “Next year we will spend about R624-million ($90-million), mostly in South Africa.”