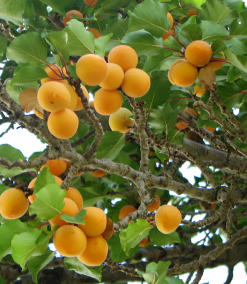 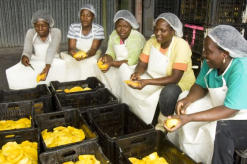 Slicing fruit at the Bavaria fruit farm in Limpopo province, where the lemons, oranges and mangoes packaged are destined mostly for the export market.
(Image: MediaClubSouthAfrica.com. For more free images, visit the image library.) 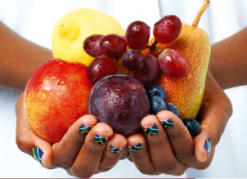 South Africa is known internationally for the quality of its fresh citrus, deciduous and subtropical fruit produce, and the country is no slouch when it comes to apricots – it’s the largest exporter of top quality canned apricots in the world, says the South African Fruit and Vegetable Canners’ Association (SAFVCA).

The 2011/2012 season saw more apricots exported to Europe than in previous years, according to Hortgro, a horticultural knowledge group.

South African apricots are grown in the warm summer and wet winter regions of the Western Cape. According to a 2011 report released by the Department of Agriculture, in 2010 a total area of 3 509.2ha was planted with apricots, and the crop contributed 4.7% of the total area planted to deciduous fruits, some 75 025ha.

The same report names the Little Karoo as the main apricot producing area. This region accounts for 76% of all apricots produced in South Africa, because the Western Cape’s Mediterranean climate of dry hot summers and cold wet winters is said to be ideal for apricot cultivation.

Apricots, which are thought to have originated in Asia, were brought into South Africa in the 17th century. Numerous varieties are grown, including Bulida from Spain; the Cape Bebeco, which comes from Greece; the Imperial or Palsteyn, a South African apricot released in 1978; and Super Gold, another South African variety, released to farmers in 1986 as a cross between Palsteyn and Peeka. The Imperial is considered to be the best sized apricot.

In 2010, reported the Department of Agriculture, the apricot industry provided direct employment for about 3 900 people with 15 500 dependants.

Fruit and vegetables of the highest quality

Founded in 1954, SAFVCA is a “voluntary grouping of fruit and vegetable canning industry members and its mission is to protect and promote their interests and provide its members with synergistic services of value”, according to its website.

More than 600 000 tons of fresh fruit, tomatoes and vegetables are processed annually by the association’s members. These are produced on 1 500 farms across the country and generate sales of nearly R5-billion (US$540.5-million) annually. Nearly 12 000 workers and 532 administrative and sales staff are employed in the industry.

Around 85% of canned deciduous fruit and pineapple products are exported every year, the rest consumed by the local market.

Besides apricots, fruit products that are canned or bottled include guavas, peaches, pears, pineapples and citrus, as well as tomatoes and vegetables like beans, cucumbers, beetroot, peas, asparagus and mushrooms. The industry is not confined to canned or bottled fruit though – it also produces concentrates, juices, jams and sauces.

Despite being a water-scarce country, there are pockets of excellent agricultural growing regions. Deciduous fruit is grown in the winter rainfall areas of the Western Cape, while pineapples flourish in the Eastern Cape.

Vegetables are grown throughout the country – peas flourish in the Loskop irrigation scheme and Stoffberg area, both in Mpumalanga; green beans and cucumbers are grown at Marble Hall and Groblersdal in Mpumalanga; and asparagus are grown at Ficksburg in the Free State. Tomatoes for canning and tomato paste are produced mainly in Limpopo for winter harvest seasons and the Western Cape for the summer seasons.

Canned fruits are just as good

Canning was developed in France in the early 19th century by Frenchman Nicholas-Francois Appert, who in 1809 developed a method of preserving fruit, vegetables, meat and fish by sealing them in heavy glass bottles and plunging them quickly into boiling water.

Today, fresh fruit is washed, peeled, halved and the pips are removed before the fruit is placed into the can. Then sugar syrup or fruit juice is added and the can is sealed, making it air-tight. The cans are then placed in powerful pressure cookers. The heat sterilises the fruit, destroying enzymes and micro-organisms, and because no air comes in, the food remains stable. For this reason canned foods don’t need preservatives, yet they remain edible for a long time before being opened. It also means that fresh, canned fruit and vegetables can be eaten all year round.

“Only the finest quality fruit goes into cans. In fact, fruit is grown especially for canning, picked at its peak, then sorted, prepared and sealed into cans within hours of harvesting,” states the SAFVCA website.

“To maintain strict standards, the canners carry out their own quality inspection and in addition there is third party inspection by the PPECB [Perishable Products Export Control Board] on the behalf of the Department of Agriculture.”

More nutritionists and dieticians now recommend canned products, as research carried out in 1995 by the University of Illinois’s Department of Food Science and Human Nutrition proved that “canned fruits and vegetables are as nutritious as their fresh and frozen counterparts,” according to the website.

The study was updated two years later, confirming that canned foods are as nutritious as their fresh or frozen counterparts.

The De Krans Wine Cellar in Calitzdorp, Little Karoo, holds an annual apricot picking event, which is expected to take place in 2013 from 23 November to 7 December this year. The estate grows Bulida apricots, which will be available for picking, at a cost of just R4.30/kg ($0.47), between 08h00 until 16h00, Monday to Saturday.

Kingsriver Estate in McGregor started its annual apricot festival in 2009, where the public is invited to join in with harvesting, cooking and baking, brewing, and other ways in which apricots can be enjoyed. Kingsriver produces its own apricot wine, known as Abrikooswijn.

Most farms have activities, especially for children, which range from a miniature train, pony rides, boats and walking a maze. One or two have a spa. Most farms offer accommodation. Explore the details online.

The Joburg Market – formerly known as the Johannesburg Fresh Produce Market – in City Deep serves some 5 000 farmers from across South Africa who send their fresh produce to be traded to a large buyer base from around Southern Africa. Sales at the market have just topped the R4-billion ($437-million) mark. 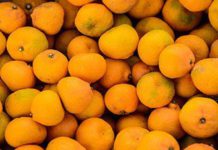 Can drive raises R8.5m for education 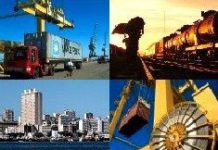