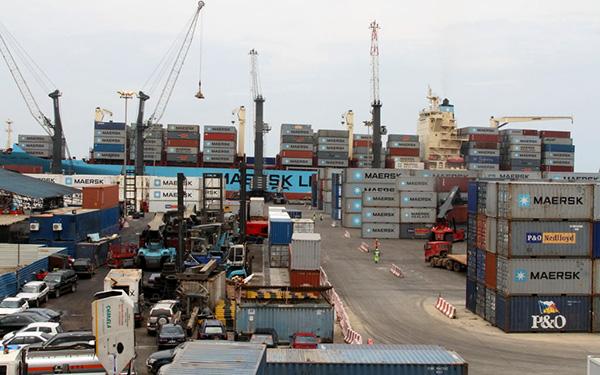 More than 90% of Angola’s exports are crude oil, most of which leaves the Port of Luanda, pictured above. About 18% of South Africa’s oil comes from Angola.

Brand South Africa research manager Petrus de Kock’s recent study on perceptions of South Africa in Kenya found that personal interactions were the best way to strengthen foreign relations – not, as he had assumed, trade and business. With Brand South Africa now working to improve the country’s ties to Angola, De Kock says the key is to focus on one-on-one relationships.

“The rationale is that South Africa’s reputation is shaped by one-on-one interactions between people, not just by foreign policy and trade,” he said. “We must look at people-to-people relationships.”

He said the two Southern African nations should help uplift each other by building on the relationship they developed during their struggles against colonialism and apartheid. But first, he said, the countries must understand who they are and what they want from the relationship. “More work can be done to learn from our historical relationship. There are interesting stories of African solidarity that need to be told. In the next decade, we as African peers will be pushed closer. If we can draw on our resilience, then that’s how we can tell our story and move forward.”

One of the more remarkable findings from De Kock’s fieldwork in Africa is other nations are drawn to South African music. Many local artists still sing in the vernacular and not in, say, English or French, giving their music a distinctive African flavour. “There’s a lot more we can do to reach out to Africa through our arts and culture,” he said.

De Kock has already visited Kenya and Nigeria and will visit Ghana this month. He is looking to add Angola to his itinerary next year.

Local businesses such as Nampak and Shoprite are thriving in Angola, Queta said, but South African companies remain reluctant to invest in his country. “South Africa should not feel scared of investing in Angola, because the attractiveness of its business environment has improved tremendously. Doubts of doing business there must be measured against the exponential growth that has been taking place.”

Angola’s economy expanded by a phenomenal 7.4% of GDP in 2013. According to the World Bank, its GDP per capita was US$5 668 in the same year – almost twice that of Nigeria.

But one thing holding back trade between the countries, Queta said, is the difficulty in getting visas.

Nampak group executive Erik Smuts agreed, saying both South Africans and Angolans find it difficult to get visas to visit each other. Smuts has to get his fingerprints scanned every time he goes to Angola. Angolan businessman, Adam Queta, is calling on more South African businesses to invest in Angola as it has improved its business environment.

Clearing the path for investors

Angola’s consul general in South Africa, Apolinário José Pereira, said South African businesses looking to enter the Angolan market would have their path cleared by the government’s business centre, the Angolan National Private Investment Agency, or Anip. “This is a one-stop centre that protects investors, where they can get information on how to invest in and do business in Angola.”

According to the MIT/Harvard Atlas of Economic Complexity, 97% of Angola’s exports are crude petroleum, which it produces at a rate of about 1.84-million barrels a day. But Pereira said the country is looking to grow its economy to include more sectors. “The main focus is diversifying the economy,” he said. “Besides oil, we’d like to explore other areas.”

The good and the bad

Nampak’s Smuts weighed the good and bad aspects of doing business in Angola. He said in the seven years he had been working for Nampak in Angola, he has seen the country grow. “Every time I fly in I am always amazed to look down and see the change.”

Other positives Smuts pointed out are:

Nampak is a South African package manufacturer with products ranging from cardboard boxes to glass bottles. In Angola it makes tin cans for local beverages. The company’s initial investment in the country, in 2007, was $150-million (R1.65-billion). Thanks in part to Angola’s improvements over the years, Nampak’s investment in the near future is set to exceed $1-billion (R11-billion).

Smuts said Nampak’s biggest contribution to Angola is job creation. Even more important is that they have developed the skills of the locals who work for them.

Some of the disadvantages of doing business in Angola, according to Smuts, are: 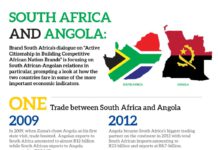 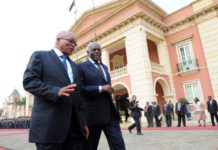 The rise of South African-Angolan relations 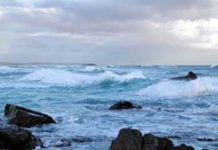