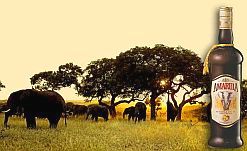 Known internationally as the “Spirit of
Africa”, Amarula is the fastest-growing
product in its category for 2010.
(Image: Expresso)

According to a survey by market research company Euromonitor, South Africa’s Amarula cream liqueur, a Distell product, is the fastest-growing product in its category for the year 2010, beating all other competitors.

In South Africa its sales are unbeaten, and in a recent survey of brands conducted by the local branch of market research company TGI, it was found to be the second most iconic brand of all competitors in the spirit category.

Known internationally as the “Spirit of Africa”, the premium cream liqueur was recently ranked sixth in a Top 10 Hot Liqueur survey conducted by renowned global publication Drinks International. It also brought home the international gold medal at the recent 2011 Concours Mondial de Bruxelles in which brands from all over the world compete.

Distell’s global spokesperson Siobhan Thompson said Amarula has thus far sustained its growth, while many drinks in the same category seemed to be static.

In addition to good domestic growth, said Thompson, between May 2010 and April 2011 the brand increased its standing in other parts of Africa and the world, including Nigeria, Mozambique, Tanzania, Europe and Latin America.

“Historically, Brazilians have always been strong supporters of Amarula,” she said. “Even so, sales are climbing by double digits off an already very strong base”

Thompson named Argentina and Mexico as two other South American countries that had taken a particular liking to Amarula.

Amarula was a hit amongst 2010 Fifa World Cup tourists, thanks to a strong marketing campaign during the first African World Cup. The brand was an official licensed product at the tournament, and sported a new limited edition design created to mark the event. A gold World Cup trophy replaced the familiar elephant used in the logo on the bottle.

The liqueur was an essential ingredient in a special World Cup shooter, nicknamed AmaShibobo. An eShibobo is an impressive footfall move performed by kicking the ball between the legs of the opponent.

The World Cup campaign helped to place Amarula as one of the world’s top brands, said Caroline Snyman from Distell.

“We can definitely see a robust increase in sales where there is a strong support for football,” said Snyman. “Latin America is an obvious example, but even in many parts of Europe, there has been good growth, notably in countries such as Germany, the Netherlands, Finland, Austria, the Czech Republic and Sweden.”

She added that Amarula was also gaining ground in Singapore, South Korea, the United Arab Emirates, and Ghana and Kenya.

“We are delighted with the excellent growth in North America too,” said Snyman.

A rich South African treasure, Amarula is made from the fruit of the exotic African marula tree. Marula fruits are harvested in the wild and are a favourite snack for elephants, which is why the marula is also known as the elephant tree amongst locals.

The fruit is crushed and distilled into a brandy, which is left to mature for two years in oak. The brandy is then blended with fresh cream to produce Amarula.

The use of marula brandy is what gives the liqueur its unique and fresh flavour. It has a distinctly creamy taste with nuances of chocolate, mocha, vanilla, caramel and butterscotch. 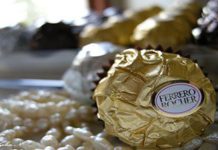 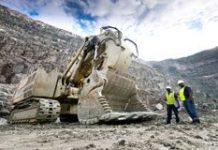 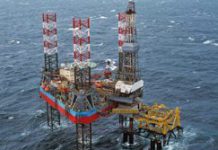 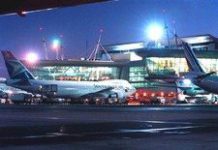