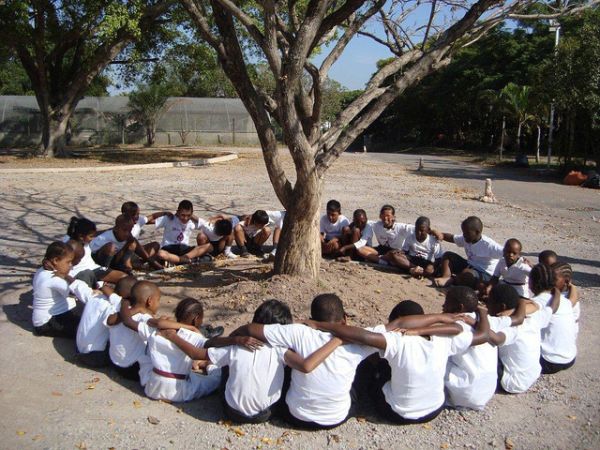 COP20 is taking place in Lima now, among the topics under discussion is how to help Africa deal with the effects of a changing global climate. (Image credit:350.org)

A rise in greenhouse gases means temperatures across the globe get hotter, causing sea levels to climb, floods, droughts, super storms and heat waves. Changing the planet’s weather patterns affects everyone, but the disruption in food production and destruction of habitats and ecosystems will have the greatest impact on Africa.

Today – 10 December 2014 – is Africa Day at COP20 in Lima and the African delegation is pushing all delegate countries to “put more on the table” if they expect to leave Peru with a successful agreement on the reduction of greenhouse emissions after 2020.

The meeting in the Peruvian capital is meant to set the agenda for Paris 2015, where a new set of binding protocols will be adopted to reduce emissions. Paris 2015 will replace the historic, but not universally embraced, Kyoto Protocol of 1997 and for the first time will apply to rich, poor and developing nations.

African nations are hoping for, in the words of the African Development Bank, “an agreement that is open, transparent and inclusive so that confidence [can] be restored to a process that many in Africa and elsewhere now see as little more than occasions for endless testing of creative ambiguities”.

The continent stands to lose the most from the gradual change in weather patterns. Extreme weather will have a direct impact on Africa’s ability to grow the continental economy. Flooding in Mozambique in 2000 cost the country $550-million and shrank gross domestic product by 1.5%. Without change, 90 million more Africans will be exposed to malaria by 2030.

South African temperatures have risen steadily; by 2050, the coastal temperatures will rise a further 2°C. A rise that steep will result in a 5% reduction in per capita consumption, and the slow death of the country’s economy.

South Africa has the continent’s largest industrial base so it’s no surprise that it produces the largest percentage of Africa’s total greenhouse gas emissions. In 2013, the country produced 40% of Africa’s total, but Africa produces less than 3% of the annual global total of 42 669.72 metric tons of carbon dioxide emissions. 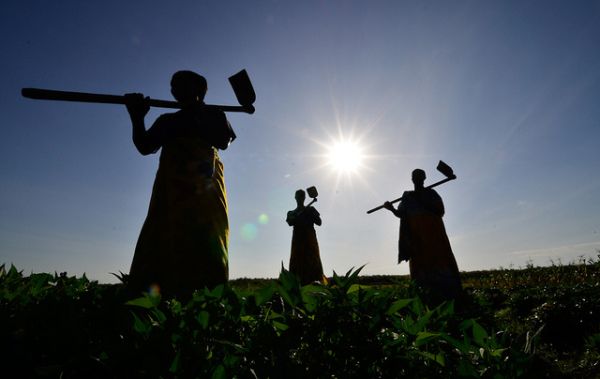 A 2° increase in temperatures could result in the destruction of up 80 % of Africa’s arable land. (Image: CGIAR)

Assigning, or accepting, responsibility has been the sticking point since the signing of the Kyoto Protocol on climate change in 1997. The developing world has been arguing that richer developed economies should be given tougher reduction targets, while they in turn have laid responsibility at the door of fast developing economies like China and India. Caught in the middle, Africa is the grass being hurt as these elephants fight.

At COP19 in Warsaw, countries agreed to determine their “intended nationally determined contributions” or INDCs. These are the proposed steps that each country will take to reduce its emissions, how they will deal with the impact of climate change, and what support they will offer other countries.

Discussion in Paris at COP21, and any agreement that comes out of that meeting, will be based on these lists. The problem for Africa, for all poorer countries, is the cost of research required to develop a comprehensive, meaningful list. It was agreed in 2013 that developed countries would fund the costs of reporting, a commitment that most have not met. For Africa, Lima is an opportunity to remind the world of this commitment.

From the Kyoto Protocol onwards, discussions about climate change have been based on the principle of common but differentiated responsibilities and historical obligation. Augustine Njamnshi, a co-ordinator for a Cameroonian NGO working on climate change issues, puts it succinctly: “If people have contributed less to a problem and are suffering the most, that is inequity. So for any negotiations to be effective, these factors have to be included.”

Through the World Bank, developed economies have been funding programmes and research to help Africa adapt to a changing climate in a way that will not hamstring economic development. Its $7-billion investment fund has been financing programmes in Africa since 2006. Cyclone-prone Madagascar, where cyclones have been building in intensity over the years, has benefitted from funding for research into mitigating the effects on agriculture and updating infrastructure.

A $100-million loan to Nigeria allowed it to improve the Lagos Bus Rapid Transit system into an efficient, job creating service that has reduced its carbon emissions by 20%. The Ethiopian Humbo Community-Based Natural Regeneration Project is restoring 3 000 hectares of bio diverse forest with funding from the bank. A pilot project with Kenyan farmers will enhance the storage of carbon in agricultural soils through the adoption of sustainable land management.

According to Idah Pswarayi-Riddihough, World Bank’s sector manager for environment and natural resources management within the Africa region, adapting to climate change is no different from development for Africa. “With additional financing made available to countries and all of the different facets of this work coming together, I believe that we can begin to see a very different Africa in terms of climate change. We can remain hopeful that something positive is going to come out of this.”