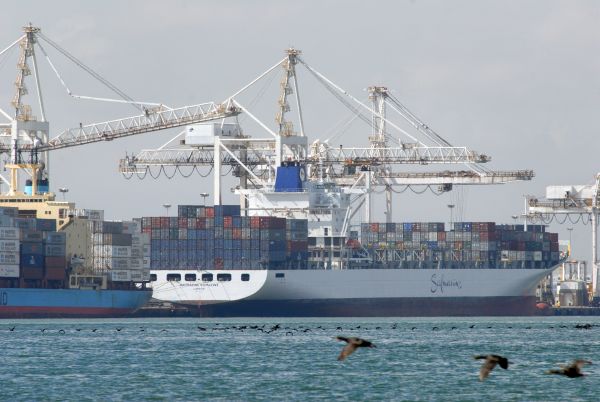 Africa’s rise is real and with more cooperation it will be sustainable. (Image: Brand South Africa)

African countries are working together to remove red tape that hinders intra-African trade, according to President Jacob Zuma. Doing business on the continent was not easy, he acknowledged, but said that African heads of state were tackling all the bottlenecks seen to be preventing local and foreign investors from moving freely across borders.

Zuma was participating in a debate hosted by news group CNBC Africa on the sidelines of the World Economic Forum in Davos on 21 January.

Such moves, coupled with infrastructure development, were key to advancing inclusive growth on the continent, which would lead to job creation and poverty alleviation. “We realise that if you are in Africa it is difficult to move and we are saying it should be quick to move if we are to implement our belief that intra-Africa [trade] is important and therefore once we have the infrastructure, it should not be blocked by the different countries,” Zuma said.

He added that while Africa was blessed with skilled industrialists, they had had to relocate to countries in developed states because there were simply no industries in their respective countries to use those skills. “We also have skills on the continent that are not on the continent but are dispersed all over the world because there was no industry for those skills to be utilised.

“We believe that once we have the infrastructure, we have energy, those skills are going to come back to the country and they are not going to leave the continent. So therefore the shortage of skills is not going to be an issue and these are the matters we are working on.”

Intra-African trade has been on the African Union Commission’s agenda recently, especially as the continent consistently records economic growth above 5%.

Last year, Nigeria overtook South Africa to be ranked number one on the continent in terms of economic growth. Meanwhile, South Africa’s gross domestic product (GDP) slowed to 0.6% in the third quarter of 2014 before growing to 1.4%. The National Treasury later revised the GDP growth downwards.

While this was good for the continent, Zuma said, it was important to not compare South Africa’s challenges to other countries as the democratic government was tasked with growing the economy despite being burdened by the legacy left by apartheid.

“We are not like countries that have been developing all the time. But I think we are doing our best to deal with the legacy but also to expand the economic situation in the country… We are investing in infrastructure massively; we have the National Development Plan (NDP); we are dealing with energy as a specific area to grow the economy.”

The government was doing all it could to implement the NDP in order to meet the target of growing the country’s economy at a rate of 5% by 2019. A World Bank report had projected South Africa’s GDP to grow by 5.2% in the 2015/16 financial year. “So from our point of view, we… understand why our country is not growing fast. We are doing everything to ensure that we catch up. That is the mood and South Africa is a very open country for investment.”