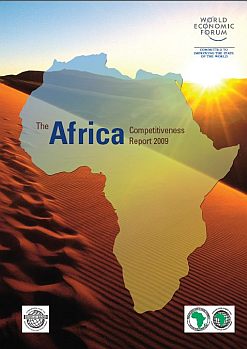 The Africa Competitiveness Report 2009, published by the World Economic Forum (WEF), has revealed the continent’s top innovators – Kenya, South Africa and Tunisia. The report was launched just before the WEF on Africa, held in Cape Town from 10 to 12 June.

All in all, 33 African countries and 101 others around the world were assessed and scored according to what the authors – 17 economic and financial specialists from the WEF, World Bank and African Development Bank – term the 12 pillars of competitiveness.

Each is divided into a number of subsections ranging from judicial independence and property rights in the pillar of institutions, to research collaboration between universities and industry in the innovation pillar.

The report takes into account the fact that countries in various regions develop at different rates and are at different levels of economic development.

It is compiled from a variety of sources, including survey data gathered from questions put to top executives in each country during 2007 and 2008 for the WEF’s Executive Opinion Survey.

The report also makes use of hard data – facts and figures such as the incidence of malaria, tuberculosis and HIV, the number of steps required to start a business, the number of patents granted for inventions, or the GDP of a country.

These are culled from organisations such as the International Monetary Fund, the World Bank, and various United Nations agencies.

The findings of the report show that Africa has experienced impressive growth rates and an economic resurgence over the past decade. In fact, since the arrival of the new century African growth rates have consistently exceeded those of the world average, although they are still far below that of the developing nations of Asia.

The current economic climate threatens to undo all that, but, says the report, African economies have been spared the worst because they are not linked as deeply to global financial markets as other regions.

Still, the continent has not escaped completely, with regional GDP expected to drop to a decelerated 3%.

By paying attention to the African competitiveness report, policymakers can identify areas where action is needed to ensure that previous growth is sustained. The publication is intended as a tool for all relevant parties to measure the current and future business climate, to implement steps where necessary, and to help Africa improve its competitiveness in the global arena.

The stages of development

The report mentions three stages of economic development, applicable to all countries. These are the factor-driven, efficiency-driven, and innovation-driven stages, with the latter being the most advanced.

According to the report, a developing economy starts off as factor-driven – this is where countries compete according to the quality and quantity of factors such as primarily unskilled labor and natural resources. Pillars which influence a country’s competitiveness include institutions, infrastructure, macroeconomics, and the workforce.

A country will then move into the efficiency-driven stage of development, and this is where efficient production processes and product quality is important. Relevant pillars here include higher education and training, goods and labour markets, financial markets, size of the domestic or foreign market, and use of technologies.

In the innovation-driven stage, businesses must be able to compete with new products if a country is to maintain higher wages and the associated enhanced standard of living. The pillars that count are innovation and sophisticated production processes.

South Africa, and a number of its continental compatriots, is in the middle stage, beyond which no African country has yet progressed.

According to Jennifer Blanke of the WEF, productivity reaches a point where doing things more cheaply or in a better way does not enhance competitiveness, and this is where innovation plays a vital role.

Overall, only four African countries made it into the top half of the rankings – Tunisia, South Africa, Botswana and Mauritius. Tunisia is the continent’s most competitive country at 36, followed by South Africa at 45, Botswana at 56 and Mauritius at 57.

In terms of basic requirements, measured by the pillars of institutions, infrastructure, macroeconomic stability, and health and primary education, South Africa came in halfway down the table at 69. Namibia came in first in Africa at 48, followed by Mauritius at 50 and Botswana at 53. South Africa’s score puts the country into fourth position in this section.

The country’s score of 35 in this section puts it far ahead of its closest competitor, Tunisia at 53. The third-ranked country here is Mauritius at 66.

Finally, in terms of innovation and sophistication factors, measured by the pillars of business sophistication and innovation, South Africa is ranked at 36, with Tunisia ahead of it at 30 and Kenya behind it at 50.

Botswana, Gambia and Tunisia scored particularly strongly in their institutional capacity; their ranks of 36, 38 and 22 respectively put them on par with nations such as the US, Chile and the Republic of Korea. Good governance is a characteristic of this section, as well as high levels of confidence in the government, and these countries serve as good examples for the African continent. At 46, South Africa is ranked sixth, after Mauritius and Namibia.

With regard to infrastructure, Namibia, Tunisia and Mauritius, at 33, 34 and 43 respectively, top the rankings. Good transport infrastructure is a strong feature here, especially roads and ports. South Africa’s ranking is 48, which puts it into fourth place in Africa. Most African countries came in low down on the list, which highlights the urgent need for infrastructure development.

In the macroeconomic category, Algeria and Libya are undisputed leaders, coming in at five and six. Both are oil-exporting countries. Third on the list is Botswana at 22, which is also a big commodity exporter. South Africa again comes in about halfway, at 63. This pillar highlights the high budget deficits, high debt and inflation with which many African countries continue to struggle.

The continent as a whole fared poorly in terms of health and primary education. Of the top three countries – Mauritius, Morocco and Tunisia – only Mauritius and Tunisia made it into the top half of all countries. A whopping 84%, or 26 African countries, are in the bottom third. This is the area most in need of attention, but it can also be seen as an opportunity to address specific problems and eliminate them.

In terms of higher education and training, the situation is very much the same as the previous pillar, but the difference between the highest- and lowest-ranked countries is not as great. The top three countries are Mauritius, South Africa and Tunisia. However, only Tunisia made it into the top third of all countries. The report says that the weakness showing here is linked to the poor quality of primary educational facilities, and is a critical area to address for future development.

Pillar six, goods market efficiency, shows a better picture. The efficiency of the goods markets in the top three countries, Mauritius, South Africa, and Tunisia, are equal to those in countries such as Spain and Chile, and are characterised by strong competition in the market and taxation systems that are conducive to ethical business decisions.

In terms of labour markets, Uganda tops the table for Africa and stands at 25 overall, followed by Gambia at 38 and Kenya at 40. This shows that these countries have implemented flexible and efficient recruitment systems. South Africa is ranked at 88.

However, the country makes a strong comeback in the next pillar, financial markets. South Africa, with its sophisticated financial systems and reliable banks, is the best on the continent and number 24 overall. Here the country is on a par with Belgium and France. The next two countries are Botswana and Mauritius, while the financial markets of Kenya, Malawi, Namibia, Nigeria and Zambia are all in the top half. However, the bottom of the table also belongs to Africa.

The area of technological readiness also shows a need for development. South Africa, although the top-ranked African country, is 29 overall, followed by Tunisia at 52 and Mauritius at 55. There are 24 African countries in the bottom third. This, says the report, is an indication of the relatively low spread of new technology into Africa and the low priority that many governments allocate to information and communications.

South Africa also tops the African rankings in terms of market size, followed by Egypt and Nigeria at 23, 27 and 39 respectively. Thriving domestic and foreign trade is an important factor here and, says the report, while many lower-ranked countries cannot simply increase their domestic market size, they can lower barriers to overseas trade and thus enlarge their foreign market size.

Business sophistication refers to factors such as local supplier quantity and quality, and the control of international distribution. South Africa, Mauritius and Tunisia are top in this pillar, at 33, 40 and 55 respectively.

In the last pillar, innovation, Kenya, South Africa and Tunisia were rated highly on their scientific capacity and are in the same league as other innovative developing countries such as Brazil and India. Tunisia is ranked at 27, South Africa at 37, and Kenya at 42, while Senegal, Nigeria and Egypt, at 59, 65 and 67, are indicative of the existing potential for innovation in Africa.