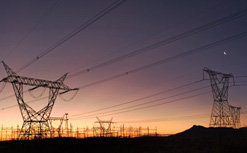 Over the long term investment in infrastructure development is pro-growth because business can operate more efficiently when you fix overcrowded ports, potholed highways and other bottlenecks. (Image: Brand SA).

South Africa’s Constitution is the structure set up to provide a level playing field. It compels the government to ensure economic parity and in so doing build a nation in which citizens can find meaning. The grand promise expressed in that document has raised expectations – ending poverty and discrimination – that could never be achieved in 20 years.

We face three intractable challenges – high unemployment, poverty and inequality. The problem facing a developing economy like South Africa’s, caught in the wake of a shallow global recovery, is that tax revenue remains stagnant. This makes it difficult to find the funding for the nation’s grand design without increasing sovereign debt.

There are subtle and direct social consequences to creating a stronger economy in a society with a growing inequality problem. It is accepted that inequality has a drag effect on economic growth. It causes wage stagnation, putting pressure on the middle class. Yet as the cost of a university education and the price of buying a home increases it becomes more difficult for people to move up into the middle class. Investment in a combined effort of infrastructure development and training programmes has been a proven path towards strengthening and building a middle class. Infrastructure investment is considered the most direct way to creating skilled, high-paying jobs.

Inadequate infrastructure and the funds to build have constrained economic growth and the resulting social inclusion. Whether it is fulfilling the vision of the National Development Plan or building bridges, schools and roads, infrastructure has to be created to grow the economy, which has the effect of raising the standard of living in the country.

Late in 2014 the International Monetary Fund (IMF) signalled an important change to thinking and policy. Instead of encouraging governments to embrace fiscal discipline they argued for an investment in infrastructure using borrowed money. More importantly, they argued, debt rather than cutting spending or raising taxes would stimulate growth faster.

According to the IMF’s budgetary maths, every dollar of debt invested in new and improved infrastructure increased the economy by three dollars. Infrastructure building programmes – new and improved roads, new power stations and schools – boosts an economy in the short term by creating jobs. Productive workers spend their salaries, which in turn boosts other parts of the economy. 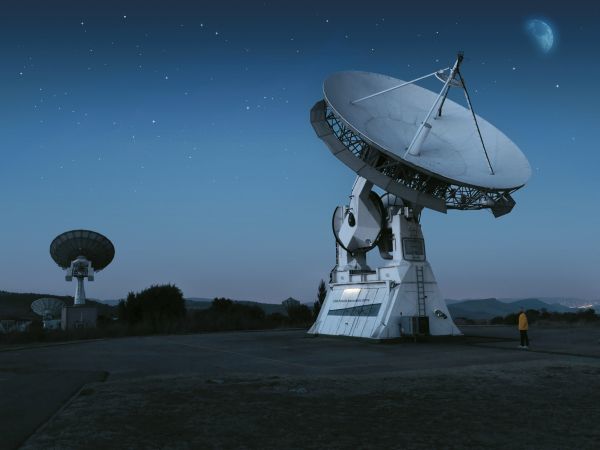 The IMF is now arguing that debt as a result of spending on infrastructure programmes is the best way to stimulate economic growth. In South Africa it could help create highly skilled well paying work. (Image: Brand SA).

The IMF added: “Over the long run, it’s potentially pro-growth too, because business can operate more efficiently when you fix overcrowded ports, potholed highways and other bottlenecks.”

In May 1964, US president Lyndon Johnson described his vision of a Great Society in a speech at the University of Michigan. On that day Johnson called on citizens to join with the government to build a more equal society through education that gave all citizens a chance to rise in society and find meaning in life. He called for liveable cities built with the conservation of the environment in mind.

In his speech Johnson explained that the country stood at the threshold, faced with building a great society, not just a rich or powerful society. He promised that his Great Society would be “a place where every child can find knowledge to enrich his mind and enlarge his talent… where the city of man serves not only the needs of the body and the demands of commerce but the desire for beauty and the hunger for community”.

The speech that gave rise to a social safety net for America’s most needy through access to health care and housing. It also helped pull more Americans into the relative safety of the middle class through expanded public works.

Richard Goodwin, the man who wrote the speech, explained that Johnson believed that rising wealth for a few did not liberate Americans to pursue the happiness their constitution promised. A more equitable vital economy was “the only possible direction for liberating, progressive change”.

In his most recent State of the Nation speech, given in 2014, President Jacob Zuma set a growth target for the economy of 5% by 2019. This target would be achieved through partnerships with communities and the private sector.

He spoke of projects in the energy industry, Transnet and Prasa’s multibillion-rand rail projects, and housing projects designed to revitalise dying mining towns. Education and skills development would be prioritised to educate the engineers, doctors, plumbers and teachers the country needed to build the economy. And as the country became more urban, Zuma said, he talked of building new kinds of cities that were more inclusive, efficient places to live.

“We urge all South Africans to work with us to make the implementation of these programmes a success. Together let us move South Africa forward.”

Support Team SA at Davos on social media by using the hashtag #SAinDavos.