Brand South Africa welcomes South Africa’s performance in the World Bank’s 2017 Africa Competitiveness Report which was released on Thursday 04 May during the WEF Africa Conference in Durban.

Johannesburg, Friday 05 May 2017 – South Africa picked up second place in the Africa Competitiveness Report and the country’s global ranking for 2016-17 improved with nine places – from 56 in the 2014-’15 report to 47 out of 138 countries worldwide. The sectors in which South Africa excelled included financial market development, business sophistication, innovation and technological readiness.

Brand South Africa’s CEO Dr. Kingsley Makhubela said: “South Africa continues to demonstrate resilience despite unfavourable conditions and has held steady in the face global economic uncertainty. Today our nation is one of the most sophisticated and promising emerging markets globally and this has been reinforced by the World Banks’ 2017 Africa Competitiveness Report findings.”

“We are in the midst of an increasingly open and integrated world economy where countries compete for investment and human capital that are critical to their economic growth. These rankings paint a picture of a country’s ability to attract investments, raise per capita GDP, create jobs and wealth for itself, and ultimately raise the standard of living for its own people.”

In recent weeks – South Africa was reported to have also made a comeback in the 2017 A.T. Kearney Foreign Direct Investment (FDI) Confidence Index, and was ranked as the fourth most attractive investment destination in Africa according to the latest Africa Investment Index 2016 by Quantum Global’s independent research arm, Quantum Global Research Lab published in April 2017.

“These results indicate that South Africa’s efforts to respond to socio-economic development challenges. Although much remains to be done, the current assessment of South Africa’s competitiveness, by an independent, international organisations, should inspire us to keep going. Our country continues to develop and deepen cooperation with the world to take full advantage of trade, investment and development opportunities provided for our nation, the African continent and our people,” concluded Dr Makhubela. 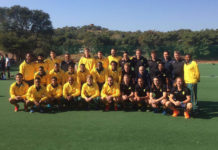