A grouping of the 54 African countries at the UN Climate Change Conference in Durban spoke out on Monday, expressing concern at what it described as attempts by some developed countries to kill the Kyoto Protocol.

The group is taking the lead in demanding that a second commitment period to the treaty be finalised immediately and that a legal political agreement be reached in Durban.

The marathon talks entered their second week on Monday, but there has been no clear indication as to what will happen to the Kyoto Protocol. Countries have to sign up for another legally binding emissions reduction period if they want to keep the protocol going after 2012.

The African delegates are also demanding immediate action from all parties “to stop Durban from collapsing”.

They also want the African common position – agreed upon in Mali in September – to be advanced in Durban if the continent is to benefit at all from the talks.

“Developed parties to the Kyoto Protocol must honour their commitments through ambitious mitigation commitments for a second and subsequent commitments period,” said Tosi Mpanu Mpanu, the African group chairperson.

The group further said that, should a second commitment period be achieved, developed nations should reduce their carbon emissions by at least 40 percent in the period 2013 to 2017 and by at least 95 percent by 2050.

“We stress the urgency of agreeing to a second commitment in Durban and of elaborating measures to avoid a gap between commitment periods,” said Mpanu Mpanu.

Developed countries “have shown us economic leadership, political leadership and sometimes military leadership – and now we want them to show us climate leadership.”

On adaptation and finance, Mpanu Mpanu said Africa wanted Durban to agree on a review of the Clean Development Mechanism (CDM), which he said was currently not effective, with very few states benefiting from it.

The CDM allows a country with an emission-reduction or emission-limitation commitment under the Kyoto Protocol to implement an emission-reduction project in developing countries. Such projects can earn saleable certified emission reduction (CER) credits, each equivalent to one tonne of CO2, which can be counted towards meeting Kyoto targets.

It is the first global, environmental investment and credit scheme of its kind.

“What we are saying is that the CDM should be doing what it was meant to do. We should ensure that the rules are fairer and meet the expectations of African states,” Mpanu Mpanu said.

In a separate press conference, the European Union (EU) lashed out at countries that have indicated that they were no longer interested in signing up for the Kyoto Protocol.

The EU also reiterated its support of the continuation of the Kyoto Protocol, but said it wanted a roadmap out of Durban that would illustrate each country’s contribution to curb climate change.

It highlighted its unhappiness over Japan, Russia and Canada’s insistence on staying out of the agreement.

Poland’s new environment minister, Marcin Korolec, said: “The EU has been the only party here that has been consistently saying Durban must produce a package of decision to help us mitigate climate change but we want an agreement that will be equal to everybody… we see a second commitment as a bridge, and it must be achieved.” 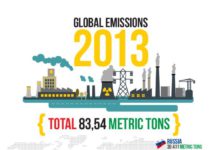 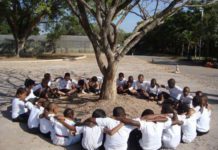