Woolworths saw the introduction of reusable bags in 2004 as an opportunity to not only preserve the environment, but also to support new enterprise development, with their fabric bags being made for them by local factories – one of which started for the specific purpose of making Woolworths bags.

It forms part of the company’s strategy to source products locally, where quality, quantity and consistency meet the expectations of their customers – while also enabling the company to support and encourage local business and entrepreneurship – which it has also identified as a key priority.

“In line with our Good Business journey, Woolworths is committed to identifying opportunities for suppliers to grow with the business,” Woolworths general merchandise director Craig Ludwig said in a statement this week.

“In addition to giving suppliers access to the marketplace, Woolworths also supports emerging suppliers with training that covers best practice in technical and business management skills, organisational development and financing where possible.”

Currently, Woolworths’ main supplier of reusable bags is Isikhwama, which was established in Maitland, Cape Town to produce bags for Woolworths and employ semi-skilled and unskilled people who were previously out of work.

Isikhwama owner Trevor Pothercy said that while starting any new business was a challenge, their close partnership with Woolworths had helped his company to grow from strength to strength, and that it now produced over a million reusable fabric bags for Woolworths each year – providing employment for 70 people.

“The success of the project has exceeded our most optimistic projections,” Pothercy said. “We have been able to train unskilled workers through this project – arguably the most vulnerable members of the labour sector.”

The second supplier, the Greater Uitenhage Sewing Cooperative (Gusco), is an amalgamation of three informal community sewing groups, formed as a result of the Uitenhage Despatch Development Initiative.

The company, based in Uitenhage in the Nelson Mandela Bay Metro, has been producing and supplying reusable fabric bags for Woolworths since September 2005.

Woolworths was Gusco’s first big retail client and continues to be the anchor client, buying about 260 000 reusable bags from the company each year – and enabling the cooperative to employ 27 full-time machinists and a number of seasonal employees.

Nafeesa Dinie, head of the Uitenhage Despatch Development Initiative’s small, medium and micro enterprises unit, said they hoped to grow Gusco’s business by attracting and securing additional contracts, as well as to diversify the production line.

She said that through forging strong partnerships and implementing a structured best practice business development model, a solid business foundation has been established, resulting in a successfully and commercially viable cooperative contributing to the local economy and job creation.

“The ladies of Gusco have come a long way from being unemployed, to being business owners and this has been achieved in a relatively short period with the support of all stakeholders,” Dinie said. “Woolworths was key to this success, and this clearly signals Woolworths’ commitment to support and contribute to sustainable community enterprise development in our country.” 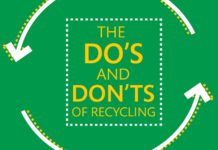