The smart card industry is poised for unprecedented growth in South Africa, with three large-scale rollouts set to begin in 2005 and several more waiting in the wings.

These are the key findings contained in the “Smart Card Trends and Deployment in South Africa 2004” report by independent technology research organisation World Wide Worx and Razor’s Edge Business Intelligence.

The report focuses on what are known as “memory cards” and “microprocessor cards”, which are in effect plastic cards containing a small microchip. Memory cards allow only for the storage of data, whereas microprocessor cards allow for information to be added, deleted or manipulated. Both types are also known as chip cards, thanks to the computer chip embedded in the card.

From 1 January 2005, all new credit and debit cards issued in South Africa are required to be smart cards, meaning a roll-out of a minimum of about 12-million smart cards to banking customers over the next five years.

30-million ID smart cards
The single biggest smart card project this country will see, however, will be the new Home Affairs National Identification System, known as HANIS, which will require the replacement of identity documents with around 30-million smart cards – one for every eligible South African – during the same five-year period.

Telkom and the mobile network operators are expected to add another 20-million cards in 2005 alone, through the issue of new pre-paid and SIM cards, while all pension payments handled by the Department of Social Development are expected to move to a smart card system from 2005 onward, following successful projects in most provinces.

“More than a third of all South Africans already hold a smart card in their hands indirectly, thanks to the SIM cards in their cellular phones”, said World Wide Worx MD Arthur Goldstuck. “Now they will start getting to grips with the card itself as it becomes an everyday tool.”

The reason for the explosion in smart card usage is simple: it is more secure than any other identification technology that is economically viable and available, can contain updateable information ranging from personal details to fingerprints to identification photos, and is far less prone to forgery than existing systems.

‘Unprecedented range of applications’
“We will begin to see an unprecedented range of applications for smart cards from 2005 onward, starting with the telecommunications cards we already have and extending to financial services”, said Razor’s Edge MD Bruce Conradie. “But it won’t be long before almost every service that requires some form of identification or secure payment will take advantage of smart card technology.”

The massive smart card rollout will require major upgrading an acquisition of new equipment – all retailers who accept cards will have to be ready for smart cards in 2005 – as well as a clear understanding of what smart card technology is best for what purpose.

“Not only do we have memory cards and microprocessor cards, but each of these offers two different categories of technology”, Conradie said. “Contact cards and contactless smart cards dictate what kind of card reader has to be in use, since contact cards must be inserted into a reader, or swiped, while contactless cards only have to be passed near the reader.”

Contactless cards have both a microchip and an antenna embedded in the card, which allows for it to be detected at a small distance by the reader. Many South Africans already use such technology without realising it, for accessing restricted areas, paying for road tolls, or managing agricultural stock control.

“The most promising applications we have seen so far involve pension payouts”, Goldstuck said. “It shows how the technology can be used today by the most disadvantaged members of our society in the remotest areas and with a minimum of information at their disposal. Imagine how much more it can do for South Africans in the future.” 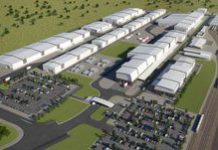 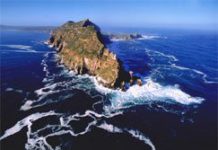