Since the adoption of “biotech” crops in 1996, the amount of genetically modified (GM) maize, soya bean and cotton planted in South Africa, in terms of area planted, has increased to 1.8-million hectares.

He said the figures were indicative of the increasing confidence thousands of South Africans and emerging farmers had in crop biotechnology, with just over half of the maize produced in South Africa being genetically modified.

GM crops are engineered to withstand environmental factors such as drought, with a dominant trait having been seeds with herbicide tolerance, allowing farmers to make use of herbicides without harming their crops.

South Africa produces GM crops, non-GM crops and organic crops. However, the choice of what type of crop to plant is still in the hands of the farmer.

“Agri-SA is positive about genetically modified agricultural crops and is enthusiastic about the contribution they can make in the future towards increased production,” Bosman said.

The cumulative value of GM maize at farmer’s price totalled R21.63-billion, he said, adding that cumulative GM maize produced was 14.67-million metric tons, with the added benefit from a 10.6% yield increase over nine years amounting to an estimated R2-billion

“This maize has been consumed, in one way or another, every year by 40-million South Africans without any substantial medical or scientific adverse effects to humans, animals or the environment,” Bosman said.

Field trials of drought-resistant maize varieties – a trait that has since been incorporated into other crops as well – are already under way in South Africa, and the technology is expected to be commercially viable by 2011.

According to International Service of the Acquisition for Agri-Biotech Applications (ISAAA) chairman Clive James, the global adoption of biotech crops recorded an impressive 12% growth in 2007.

Some 12-million farmers in 23 countries on six continents planted 114.3-million hectares of GM crops, with about 90% or 11-million of these farmers being resource-poor farmers in 12 developing countries.

Bosman said he was satisfied that GM crops were helping emerging farmers to farm in difficult circumstances around the world, anticipating that the number of countries adopting the use of biotech crops would double by 2015, with use by over 100-million farmers.

In addition, Burkina Faso, Egypt and Vietnam most likely to approve biotech crops in the near future. 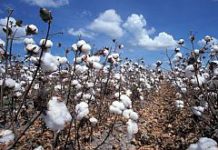 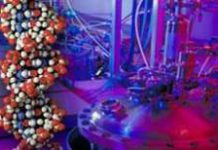 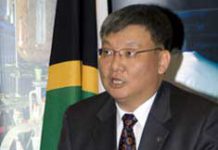