Local diamond cutters and polishers have been given a boost with the launch of African Romance, a Johannesburg-based, majority black-owned gem company looking to establish a luxury African jewellery brand that will rival its foreign competitors.

According to Business Report, African Romance spent in the region of R40-million on setting up its five-star facility in Sandton, Johannesburg late last year and on buying over 4 000 rough diamonds, with about 30 of the stones being polished a day.

The company is 30% owned by the Gauteng provincial government, and 94% of its staff are black and 41% women. According to the company, its employees include the most experienced black diamond marker in South Africa, as well as the first black woman to operate a laser machine anywhere in the world.

According to The Citizen newspaper, while southern Africa accounts for some 40% of world diamond production, most rough gems are sent to the United States, Europe or India to be cut and polished.

“We want to create a model that says Africa can do it,” African Romance chief executive Mohseen Valli Moosa told The Citizen, pointing out that South Africa produced 12-million carats of diamonds in 2005, of which only 1% were polished within the country.

Moosa told Business Report that despite wages for local diamond cutters and polishers being higher than those in India and China, “beneficiation is viable in South Africa in the long term”.

To overcome this and remain viable, he told the paper that African Romance was looking to establish a luxury African brand to rival the likes of French jewellery and watch maker Cartier.

“There is a gaping hole in the international brand world for African diamond designs,” Moosa said.

African Romance subscribes to the Kimberley Process Certificate Scheme, which seeks to keep illicitly mined and conflict diamonds off the market. Clients receive a guarantee that their diamonds are legitimate and comply with the highest values of integrity and best practice. The South African government has been calling for increased mineral beneficiation within the country to ensure that more value is added to products before they are exported, enabling the creation of more jobs.

In October, it was announced that the State Diamond Trader would buy 10% of diamonds mined locally by De Beers before passing them on to local cutters and polishers to add value.

The trader, which is expected to supply its clients with rough diamonds by January 2009, will be run on a cost-recovery basis, with the intention of passing profit margins on to its clients.

In terms of the value of the agreement, 10% of South Africa’s annual production of diamonds, amounting to around US$1.4-billion, would be about $140-million (about R960-million).

All diamonds purchased by the State Diamond Trader will have to comply with the Kimberley Process Certificate Scheme, which seeks to keep illicitly mined and conflict diamonds off the market. 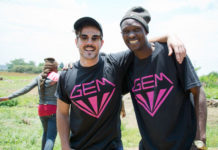 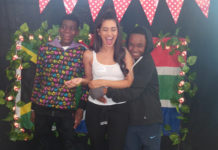