Language is no longer a barrier to using a computer in South Africa, thanks to a non-profit organisation that has translated a range of computer software into the country’s 11 official languages – and created the first all-South African language keyboard.

Translate.org.za, which focuses on the localisation of open source software, has released the popular word-processing, spreadsheet and presentation software OpenOffice.org, web browser Mozilla Firefox and e-mail programme Mozilla Thunderbird in all 11 official languages.

“This is the first Africans-helping-Africans, no strings attached free software,” Translate.org.za founder Dwayne Bailey said in November after the organisation won the African ICT Achiever 2006 Award for bridging the digital divide in Africa.

Overcoming the language barrier, Bailey said, meant that the more than 20% of South Africans who did not speak fluent English could now use a computer in their own language.

“When you use a word processing application, it is not about the product but about the document you wish to create,” Bailey told the Daily Mail. “When you send e-mail you simply want to communicate.

“It is much simpler to teach a computer to speak isiZulu than to teach someone to speak English.”

The South African keyboard
According to Bailey, Translate.org.za intervenes “whenever technology becomes a barrier to language”.

For example – as the organisation’s own translators found – Venda, one of South Africa’s official languages of South Africa, cannot be accurately typed on a computer.

Tshivenda has five additional characters which are not used by any other language. These characters use diacritic marks which, on a standard keyboard, can only be inserted in a tedious, roundabout way – but which change the meanings of words if they are left out.

The same applies, to a lesser extent, to three other South African languages, namely Afrikaans, Sepedi and Setswana.

Translate.org.za’s “South African keyboard” overcomes this problem. Released as open source software, it can be downloaded from the Translate.org.za website and installed on any number of keyboards without affecting their normal functioning.

Impact on language pride
The shortcoming in standard keyboards was more than just a practical barrier, says Bailey; it also lowered Venda’s standing as one of the country’s official languages.

“Our work has a parallel impact on language pride in that people now see their languages as modern and relevant.”

“Although English is a universal language and is used largely to conduct business in South Africa, people still underestimate the power of indigenous languages,” Bailey told the Daily Mail.

“By removing the language barrier the computer, and the information it provides access to, becomes accessible.”

Translate.org.za is also a founding partner of the WordForge Foundation, an international organisation dedicated to helping “digitally endangered languages”, and has been working – along with other WordForge partners – on a translation management system that will enable others to start localisation projects in their own countries. 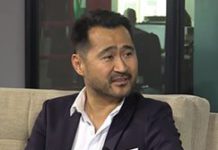