What do an environmentally friendly minicab, a water distillation system and a fire alert detector have in common? They all represent outstanding innovation talent across Africa, and have been nominated for the Innovation Prize for Africa (IPA) award this year.

The IPA was launched in 2011. It rewards innovators for their home-grown, market- led innovations that contribute to Africa’s growth, development and prosperity.

Four out of the 10 nominees this year are South African innovations.

David Gluckman has been nominated for his Lumkani fire detection service, an off- the-shelf device that uses radio frequency transmission technology suitable for informal dwellings.

In the event of a fire, the device triggers an alarm to alert the residents. Within 20 seconds, the device transmits a signal that sets off heat detectors in a 60m radius to elicit a community-wide response to the fire.

Lesley Erica Scott has been nominated for Smartspot TBcheck. It examines the accuracy of machines used to detect TB diagnosis. They are designed to assess whether these machines are functioning optimally and will make diagnosing TB far easier.

The device is expected to help curb the TB epidemic in Africa, where the disease is second only to HIV and Aids as a leading cause of death.

Neil du Preez has been nominated for Mellowcabs, an environmentally friendly taxi service. It uses a suite of technologies that includes recovering the kinetic energy that is typically lost in the braking process, converting it into electricity and storing it.

Associated innovations include hydrogen fuelled Mellowcabs, adaptable, renewable body shells and an app to book taxi rides that can be paid for with cash or credit.

This year, AIF received a record 925 applications from 41 countries. The finalists showcase a diverse range of innovations from agriculture, to education and e- health. The other six nominees are:

“Shortlisting the top 10 was no easy task as each of the top 25 innovations is a response to a need or challenge within our communities,” said the chairman of the IPA 2015 selection panel, McLean Sibanda. “The IPA is indeed an important platform – not only for showcasing Africa’s ability to innovate to address its own challenges, but also for celebrating Africa’s ingenuity.”

Three winners will be announced at a ceremony to be held in Skhirat, Morocco on 13 May. The $150 000 (R2-million) cash prize is shared between the winners.

Jean Claude Bastos de Morais, AIF and IPA founder, said: “Year after year, the innovations that are presented for the IPA comprise high-value African solutions with positive socio-economic impact, and this year is no exception.”

An innovation marketplace and an innovative Ideas Machine workshop targeting young visionaries will be held alongside the awards ceremony. 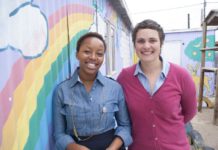 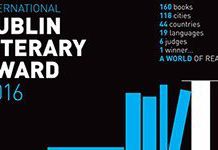