South African innovations, such as the Lodox Statscan, the Kreepy Krauly and the massive dolosse that line our harbours, are known and used around the world.

All too often, however, local developers struggle to raise the funding necessary to develop their products and secure the required patents. A major gap exists in licensing support, while a lack of funding for patent costs has limited the patenting of South African knowledge and innovation.

“Typical patenting costs range from R20 000 to R1.5-million, depending on the territories of interest and the complexity of the specification describing the invention,” says McLean Sibanda, head of the Innovation Fund’s patent office.

Support for innovators
The Department of Science and Technology has launched the Patent Support Fund to boost patenting in the country and enhance the appreciation of the potential of intellectual property in economic development and wealth creation.

In particular, the fund seeks to capitalise on innovations developed in South Africa’s universities and other publicly funded institutions, providing researchers with business and legal services concerning intellectual property.

The fund will be financed by the department and managed by the National Research Foundation.

‘Crucial role’
Speaking at the launch in August, Sibanda said that South Africa risked becoming irrelevant to the global economy because of its poor patenting record.

Sibanda pointed out that while South Korea had grown from 50 US patents per year two decades ago to more than 4 000 in 2004 and India had, over the same period, increased its number of US patents from 10 to 341, South Africa’s patent output remained relatively static, growing from 96 per year to 112.

He said that fund had a crucial role to play in developing the currently low patenting rate in South Africa, and transforming the economy into a knowledge economy.

“To compete globally,” said Sibanda, “we have to patent globally and increase our efforts in commercially exploiting South African patents.” 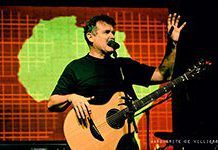 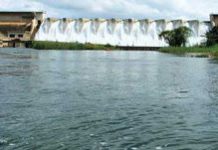